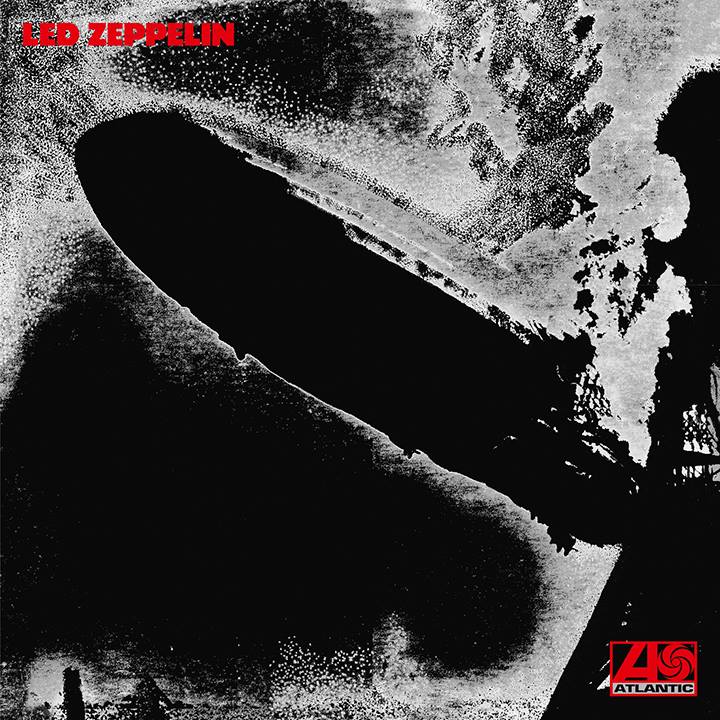 For as long as rock criticism has existed, or arts criticism in general for that matter, critics have gotten it wrong. Our system is one built on the shifty variable that is human perception: criticism is an inexact science, a snapshot of a single moment. Things change, and with change comes an adjusted perspective. Maybe it’s for that reason that a little UK band, performing under the new moniker Led Zeppelin, was initially cast as unremarkable amidst a wave of British hype bands in 1969. In that moment, UK bands ran rampant in the states — some authentic, some soon irrelevant  — and on the heels of the demise of Cream, everyone seemed increasingly skeptical that there was an import that could fill the gaping hole in blues rock. They were all obviously very, very mistaken. An unofficial, time-tested rule for truly determining whether an album is a classic or not is to simply wait. Well, here we are 45 years later still marveling over Led Zeppelin’s eponymous first album, with a clear understanding that it is one of the most important rock albums of its time. It is, quite frankly, transcendent.

Led Zeppelin I is a masterfully constructed debut LP that plays like the recordings of a savvy veteran band. It is Led Zeppelin’s ode to rock’s progressive metamorphosis. Its arrangements are often daring and sometimes semi-improvisational. Its orchestration delves adventurously through hard rock and heavy metal with bluesy undertones that often cause the chords to weep poignantly as if struck with malice. It’s both powerful and precise. No stanza feels out of place. Everything has a purpose. Each moment plays a role in building an ambitious sonic tapestry that is a grand sum of its parts. There is careful consideration put into each note, each phrase, each perfectly placed crescendo; the attention to detail shapes its aesthetics. The musicianship glows in an electric blue hue that radiates vibrantly even now. Whether it’s the wagon wheel feel of the stringy acoustic guitar lick in “Black Mountain Side”, the warm, slow-strumming coda in “Baby I’m Gonna Leave You”, or the wheezing, psychedelic melancholy in “Dazed and Confused”’s tumbling riffs, every majestic shift further erects this rock epic as an obelisk of the era.

Though not noted at the time, Led Zeppelin I was groundbreaking work that was far richer and more lush than anything else. It would set the stage for the even greater Led Zeppelin II that same year, but its own genius is not to be overshadowed. Led Zeppelin I was markedly radical and electrifyingly so. In a recent interview with Zeppelin guitarist and de facto leader Jimmy Page, the UK’s The Telegraph prefaces the article paraphrasing the musician: “We knew that no band has ever sounded like Led Zeppelin.” Listening to their debut in retrospect — a debut among the greatest in the history of the genre — it’s hard to imagine they didn’t know that going in, too. There is something unique about their blues-saturated, heavy metal grit. In many ways, the album embodies the best things about rock culture: It’s riff-heavy (when it needs to be), experimentally progressive, and thunderous without being bombastic, yet universally palatable. Led Zeppelin I established Led Zeppelin as a major influencer in ‘70s rock.

From beginning to end, the 45-minute, nine-track LP is a perfect projection of rock and roll’s not too distant future, a future it would heavily impact. It isn’t quite the dreamy fantasy that later volumes were, but it is the first hard rock domino that lays the groundwork for everything the band would accomplish. It is the start of an evolution. The reissue of this classic captures the crispness of every detail. It is almost like hearing it anew. “Your Time Is Gonna Come” rolls out an elastic bass line that snaps back to match the cadence of the steel guitar as Robert Plant belts out the chorus like the leader of a gospel choir.

(Read: Led Zeppelin and Kurt Vile Get Lost in a Daze)

Even now, it awes. “Communication Breakdown” pumps out an amped guitar riff like a tommy gun firing off shells. The album opens with “Good Times Bad Times”, and after a dramatic, ticking drum rollout, it shuffles back and forth between alternate riff patterns over a tapping cowbell. “You Shook Me” is driven almost entirely by Plant and a slow-strutting tempo. He croons like he’s plunging down a rabbit hole. The elements converge to create a masterpiece, and it ends so abruptly you have little time to digest what just hit you. Here, in 2014, it’s shocking to see how wrong the critics were. How could they have missed this gem? The album is still an impressively interesting listen after all this time.

Led Zeppelin I is a fantastic glimpse into the time capsule, a standing testament to rock pageantry. If released today, there would still be a place for it in the genre’s decorated history. It set the tone for one of the greatest rock bands of all time. Even if no one knew it yet.