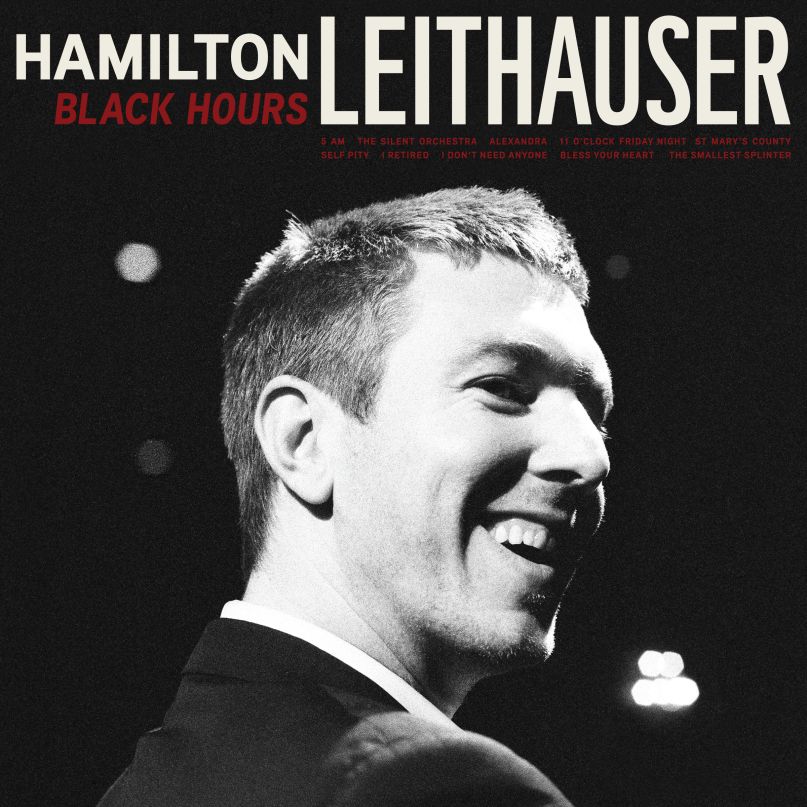 Let’s get this out of the way: The second of this summer’s three solo albums from members of the Walkmen, the debut LP from frontman Hamilton Leithauser does at points sound like a Walkmen record. At other times it sounds as if this had been intended to be a Walkmen album, but became something somewhat altered in order to fit the new reality of the band’s hiatus (a story which appears to be true). This layer of removal and its methods define the record, a sort of glossy, spotlit take on what Leithauser had done so remarkably and consistently well for more than a decade with his band. Black Hours struggles with this narrow focus, but it does hit its mark often enough to warrant more stage time.

Due to its rapid jumps from soul to folk to zydeco, Andrew Bird called his 2001 LP, The Swimming Hour, his “jukebox album.” In a way, Black Hours could be Leithauser’s jukebox album, only he’s not the jukebox type. Andrew Bird could live in a jukebox, rattling off philosophic one-liners and whistling while the various records flipped onto the turntable; Leithauser, though, is the brokenhearted bull in the china shop, or maybe the seething lone wolf, or maybe the bruised wanderer. Either way, he’s not going to be contained by any box, juke or otherwise.

So, then, this once and hopefully future Walkman has to find another correlation, and his big hooks, big emotions, and big genre touchstones find one: the balladeer belting standards and musicals on the theater stage. There’s something extra performative about Black Hours when compared to Leithauser’s work with his former band. Sure, the Walkmen had left behind some of their raw nerve and picked up a horn section a while ago, but here, the musical punch deteriorates via cleaner production and an ultimately professional backing band of ultimate professionals (including appearances from members of Dirty Projectors, Vampire Weekend, The Shins, and Fleet Foxes). In an interview with Radio.com, Leithauser admitted taking inspiration from Frank Sinatra: “I wanted to try and sound as heavy as I could, but it started getting funny.” Sinatra’s a great singer, but not exactly the person to come to mind when you think honest, original emotion. Sinatra could turn standards and other people’s words into compelling emotional moments, but Leithauser is someone who’s built a reputation on his own compelling presence and language.

The sad-sack opener, “5 AM”, isn’t far out of the Walkmen pocket, though coming from the band’s chief songwriter and authorial voice, that’s to be expected. Lines like “Do you ever wonder why I sing these love songs/ When I have no love at all?” ring familiar. His voice, though, quavers a little bit more, the upright bass sproings a little more cleanly, the lonely tambourine rides high, and the horns and strings remain in his shadow. The weighty lyrics sound a bit too on-the-nose when paired with such hyper-polished accompaniment. Something similar could be said of the stomp-clap of “Alexandra”, its sweet warmth and the many repetitions of its title about as subtle as a little brown jug to the head. But then, this album is Leithauser going big, going for the anthemic solo personality song, and some of the big for the sake of big (the harmonica and cheer of “Alexandra” included) just works.

Other genre jumps include the Western pizzicato and watery marimba of “The Silent Orchestra”, the torch song “St. Mary’s County”, and the M. Ward soul sing-along “I Retired”. Jack White can dig himself into the deepest genre niches on solo records because he was already putting on a presentation, developing characters (they were siblings, sure) and picking out costumes. The Walkmen, meanwhile, dipped their toe into the Harry Nilsson pool and daubed their composition in Louisiana horns, but they didn’t seem to be playing anyone but themselves. On Black Hours, Leithauser tries on a bunch of outfits, and at times those outfits are more costume than something pulled out of his own closet.

But like a period piece that wins the Tony for Best Costume Design because it looked so damn good that some of the cheesy dialog and pacing problems got overlooked, some of these suits fit impeccably on Leithauser’s shoulders. The shuffling “I Don’t Need Anyone” falls the closest to the Walkmen, but the chorus and counterpointing guitars beguile at every turn. But the takeaway of that song’s success shouldn’t be proximity, as Leithauser sounds comfortable and engaged throughout the album, and a few of the off-the-path tracks (“Alexandra”, and to a lesser degree, “St. Mary’s County”) are as successful as the familiar ones. The middle ground between covering new territory and finding himself instead of an arm’s-length character should be Leithauser’s next step as he moves off the stage and back into the moment.