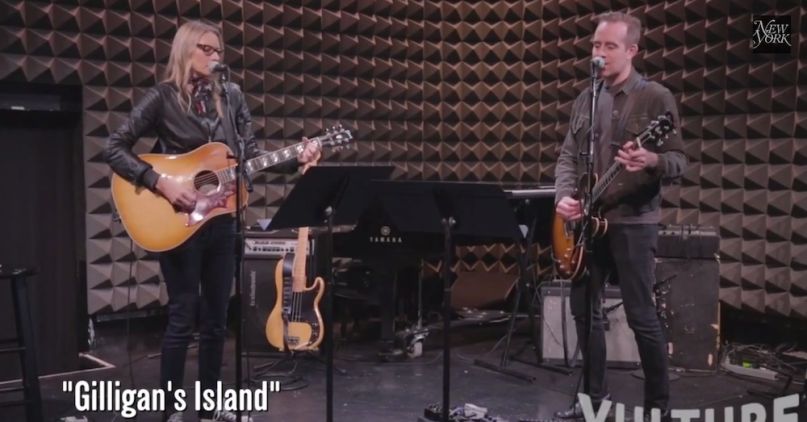 Not long after releasing their self-titled debut, The Both (Aimee Mann and Ted Leo) have teamed up for another, albeit more wacky collaborative project. This time around, the duo set up shop in Joe’s Pub in New York City and tackle TV theme songs. It’s pretty much as fun as it sounds, with the duo running through a quick medley of memorable jingles, old and new, from shows like Cheers, Gilligan’s Island, Community, and Orange is the New Black. Check it out below (via Vulture).

(Read: Ted Leo and Aimee Mann: On Being The Both)