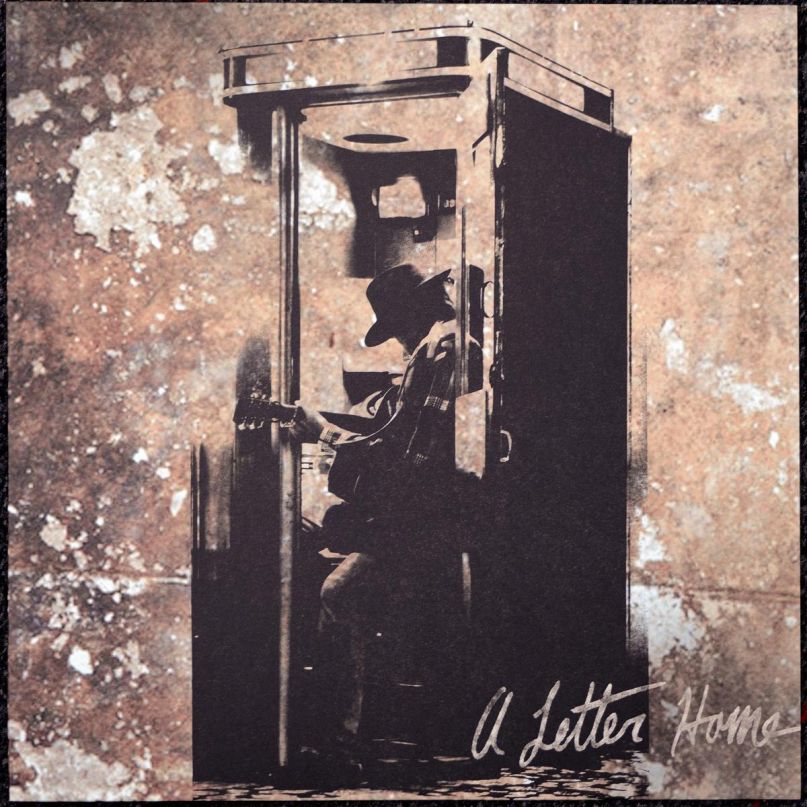 Neil Young’s new covers album, A Letter Home, will receive its official release on May 27th via Third Man Records/Reprise Records. In anticipation, it’s streaming in full below (via The Huffington Post).

The album was recorded at Jack White’s Third Man Records HQ in Nashville, inside a 1940s-era Voice-o-Graph recording booth. White himself is featured on two tracks.

The album includes covers of songs by equally illustrious singer-songwriters, including Bruce Springsteen (“My Hometown”), Bob Dylan (“Girl From The North Country”), and Willie Nelson (“On The Road Again”), among others.

Young described the Voice-O-Graph as “A phone booth. It’s all acoustic with a harmonica inside a closed space, with one mic to vinyl.” It results in a “lo-fi analog record”, which Young described as “retro-tech.” However, in keeping with the spirit of his new music service Pono, it’ll feature a high-resolution sound. As he explained, “You can make a lo-fi, analog record, direct to vinyl, transfer it to 192, and you have a high res copy of a lo-fi vinyl record.”

In a subsequent interview with Rolling Stone, Young discussed working with White at the Third Man compound:

The recordings were done in September, just before Farm Aid last year. I was at Third Man on Record Store Day that year [in April]. I tried the booth. Jack and I are both into mechanical things. We’re kind of geeky, I guess. I checked it out. And he had people coming in, recording on it all day long. Jack’s a real interesting character; he has kind of a Barnum-and-Bailey thing going on.

So we got into talking about this, and I said, ‘You know, Jack, I’m going to come back and do an album, in this thing.’ I spent the summer, during whatever else I was doing then, learning these songs, finding the right ones to do, talking to people, researching it. I was looking for songs that affected me – songs that meant something to me in my life, to me in my songwriting craft.

Among the various configurations, the album will also be available as a deluxe box set. It includes two different vinyl versions of the album, including a hi-res Audiophile LP pressed on 180-gram vinyl; a DVD with footage of the recording sessions; a 32-page color booklet; and seven 6-inch clear vinyl discs, each featuring two of the album tracks, with the seventh one containing a non-album version of Bob Dylan’s “Blowin’ in the Wind”.