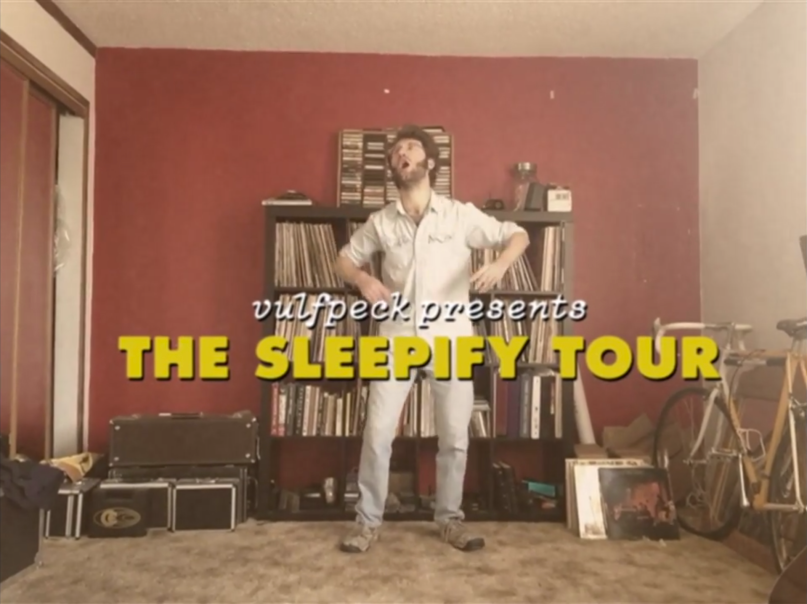 Back in March, Michigan funk outfit Vulfpeck hatched a pretty ingenious idea to fund their upcoming U.S. tour: upload a silent album to Spotify. Meant to be played whilst listeners slumber, the aptly entitled Sleepify was a silly idea that’s actually rooted in some damn fine logic.

The 10-track effort is just five minutes long, meaning one person can stream the entire album 96 times over an average eight hour’s of sleep. Since just 800 streams generates $4 ($0.005 cents per play), the band needed the album to be streamed 4 million times to reach their end-goal of $20,000. That’s equals out to one night’s worth of streaming for 41,667 people, a fairly feasible goal given Spotify’s 24 million active users.

Wouldn’t you know it, the entire plan actually worked and the band raised the $20,000 in rather short order. (In fact, they generated over 5.4 million streams, securing a slightly larger $30,000.) However, their mighty triumph ends with a rather nasty little asterisk, as Spotify has removed the album entirely from its catalog.

Originally, the $4 billion juggernaut that is Spotify played along with the idea, telling Digiday, “This is a clever stunt, but we prefer Vulfpeck’s earlier albums. Sleepify seems derivative of John Cage’s work.” Now, though, the company has changed its tune and has removed Vulfpeck’s album from its server.

When the band didn’t adhere to a formal request to take down the album late last month, Spotify did it for them. “The gist of it was while they enjoyed Sleepify and thought it was funny and clever, it violated their terms of content,” band spokesman Jack Stratton told The Verge.

In a separate interview with Vice, Stratton said he believes Spotify “panicked when they realized someone was actually making money from the music.” So, that begs the question, does the band actually get the money they’ve generated? “My guess is we will,” Stratton said. “Spotify pays two months after the listen. So we’ll know in May sometime.”

Despite Spotify’s actions, Stratton said the band hasn’t been turned off by the power of streaming. “As a user of the service, I’m a fan,” Stratton explained. “I make a joke in the Sleepify video about how Spotify will throw in the history of recorded music if you sign up for Sleepify. As a band though, you have to be practicing yoga and eating grass-fed butter to face the coldness of the free market.”

In fact, to prove they’re still faithful Spotify users, the band recently uploaded a new EP, Official Statement, which lends further insight into the situation. Stream it here. Ya know, until it gets taken down by those Spotify fat cats.