Neil Peart is the Greatest Drummer of All Time

A month later, our readers finally have a victor to worship. 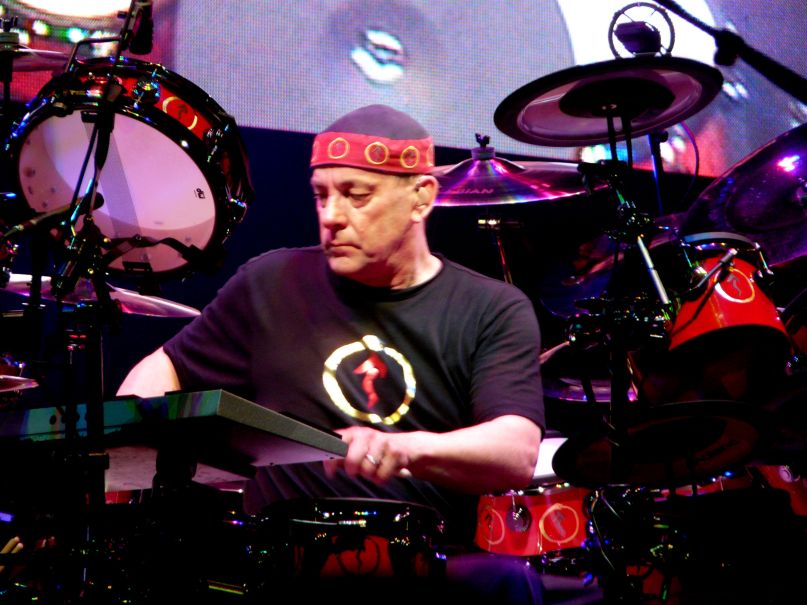 Surprise, surprise: Rush’s own Neil Peart is the Greatest Drummer of All Time. Well, at least according to you readers. Yes, after weeks of voting and debating, the tourney has finally come to a (very predictable) end. Admittedly, we thought the late Bonzo — ahem, Led Zeppelin’s John Bonham — would have given Peart a run for the drum sticks, but alas, the tally came down to 87% for Peart and a scant 13% for Bonham.

It’s not that we’re disappointed. Hardly. After all, Peart is a spectacle and a godlike presence behind the kit, but we’re not so dead set on that choice as you are. Most critics would agree that Bonham, Buddy Rich, or, hell, even Stewart Copeland could go toe to toe with Rush’s famed percussionist. Still, it’s your choice, and we’re pretty stoked that so many of you were willing to champion an artist for so long and with such enthusiasm.

In celebration, check out Peart’s epic drum solo from the Late Show with David Letterman back in 2011. Then roll down the windows, blast “Spirit of the Radio”, and stay tuned for our next monthly tournament which kicks off next Wednesday. Let’s just say, you’ll need to brush up on your film history for this one. Kudos, drum heads.