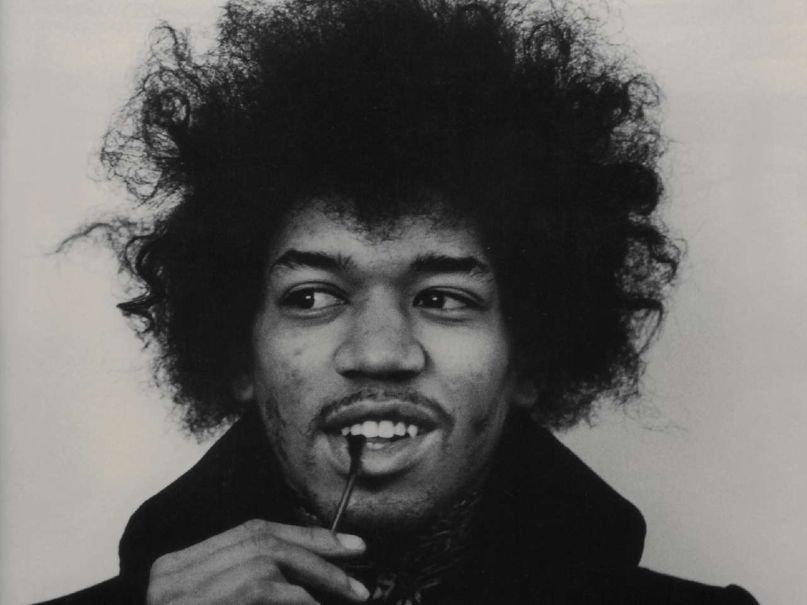 As I write this, the Jimi Hendrix biopic All Is By My Side, starring André 3000 as the iconic guitar god, is currently making the rounds at film festivals. It then arrives in theaters nationwide on June 13th. But lest we forget that’s not the only Hendrix flick that Hollywood’s been kicking around as of late.

A few years back, director Paul Greengrass (United 93) began developing a Hendrix biopic entitled Crosstown Traffic, set to star Anthony Mackie (Tupac Shakur in Notorious, Captain Falcon himself). However, because producers made the teensy mistake of, um, not asking for permission, the Hendrix estate shot the project down in late 2010. (There were also rumors that the Hendrix family disapproved of the original script and Hendrix’s depiction.)

Now, though, it appears as if the project has found new life, albeit under new management. As The Wrap (via The A.V. Club) reports, the project, tentatively titled Jimi, is now being helmed by Ol Parker, who wrote The Best Exotic Marigold Hotel. Mackie will still don the purple felt jacket and ruffled shirt, while Parker’s wife, actress Thandie Newton, has been cast in an unspecified role. Noomi Rapace (The Girl with the Dragon Tattoo) is also in talks to star, and could possibly play Hendrix’s girlfriend, socialite Kathy Etchingham, with whom she shares a rather striking resemblance.

While the film’s producers and the Hendrix estate seemed to have overcome their respective issues, there’s no telling if the project will be allowed access to Hendrix’s back catalog. As The A.V. Club points out, All Is By My Side got around that by focusing on Hendrix’s early, pre-fame years. However, since Jimi reportedly focuses on “the last nine days of Hendrix’s life”, having his actual music involved seems far more crucial.

The film is currently being sold at the Cannes Film Festival, though there’s no shoot date as yet announced. In the meantime, check out a scene from All Is By My Side.