How Sigur Rós Led Steve Zissou To An Aquatic Catharsis 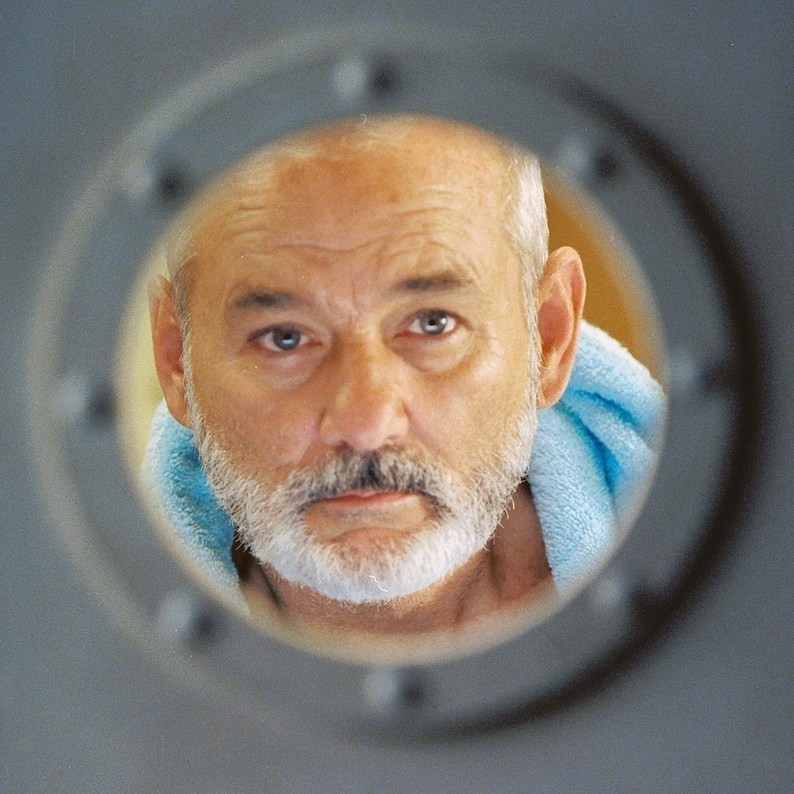 Ever wonder which movies inspire your favorite bands or how filmmakers work with artists to compile your favorite soundtracks? Sound to Screen is a regular feature that explores where film and music intersect.

Odds are, if you know enough people seriously into film, you know at least one person passionately into the work of Wes Anderson and another who can’t tolerate him. It’s an inevitable outgrowth of the reputation of a completely singular filmmaker, particularly one as taken with flights of whimsy as Anderson is. The passionate devotee will speak of his meticulous attention to detail, his knack for filling every corner of every lovingly arranged frame with stories and sub-stories, his command of deadpan humor in even the darkest contexts. The skeptic makes wanking motions at his precocious dollhouse reveries, his French New Wave fetishizing, or perhaps the intentional stiffness of his work.

The Life Aquatic with Steve Zissou tends to sit among his most polarizing films, in large part because it’s a film that addresses the grievances of the skeptic while taking many of his most beloved traits as a filmmaker to then-largely uncharted depths of darkness. It’s a candy-colored meditation on memory, loss, regret, death, aging, and artistic failure, all primarily playing out aboard the Belafonte, a ship that at one point early in the film is literally opened from the face to be displayed as a diorama of human melodramas. Like Anderson’s approach to cinema in general, the Belafonte is a haphazardly assembled mélange of romantic outmoded parts and pilfered modern technology used to retrofit the things that shouldn’t exist in the modern world.

The same could be said for his overall approach to music, particularly here. Since most of Anderson’s films take place in the ostensible “modern world” while also existing outside of any recognizable period, “anachronistic” feels like a misnomer. Nothing can fit poorly with the time at hand because nothing could really fit well. So, you have the soundtrack to The Life Aquatic, which supplements Mark Mothersbaugh’s score with longtime Anderson soundtrack supervisor Randall Poster’s selections, ranging from The Zombies to The Stooges to Seu Jorge, who appears in the film as Pele, a sort of Greek chorus who moves the film between its many disparate, bizarre setpieces via acoustic, Portugese covers of David Bowie. (This preciousness isn’t lost on Mothersbaugh, whose score sounds like what a composer in the early ‘60s, raised on Jules Verne, might have thought the future of science would sound like.)

Perhaps most memorably (although there’s probably another column entirely to be written about Zissou’s early meltdown to the tune of “Life on Mars?”), Anderson works in Sigur Rós’ “Starálfur” near the film’s end, when Zissou’s Quixotic chase of the mythical jaguar shark concludes in a deep trench. After the untimely death of Zissou’s probable son, Ned (Owen Wilson, and no, the film never quite acknowledges whether they were actually related by blood, instead archly dancing around it), the crew chases the jaguar shark as much out of a stubborn sense of completion as anything. By this point they’ve witnessed death, piracy, the loss of their entire production budget at the hands of said pirates, and realized that this might well be the last voyage of the Belafonte. So, what’s the harm in figuring out whether this thing actually exists at all?

It does, majestically so. And at first, a Sigur Rós song seems like a rather obvious note on which to introduce a creature largely spoken about in hushed tones throughout the film. Recall, though that a) the film was released in 2004, when peppering Jónsi’s voice over key cinematic moments couldn’t yet be considered a cheap and easy route to maximum catharsis and b) nothing can be out of place in an Anderson film when anything can happen. It’s a moment of absolute majesty that wholly justifies the eccentricity of the two hours preceding it, and it works. It helps that the jaguar shark itself, while every bit as stop-motion animated as the rest of the film’s marine life, is simultaneously dangerous and adorable, a quaint fantasy with implications of grave mortality.

That works to describe much of Sigur Rós’ sophomore LP, Ágætis byrjun, as well. Before the band got deeper into experiments with dissonance and expanded their emotional palette, they were already working out the first hints of this evolution with a record that doesn’t quite fit together as well as much of their later work but still holds up in large part because of the sheer earnest emotion of the whole thing. And “Starálfur” encapsulates this, the palindromic strings (seriously, listen to it again, you won’t be able to un-hear it) underlining Jónsi’s gentle vocals until they overtake him entirely. The song rotates between a lullaby and an elegy, perfect for a sequence in which a broken man has to confront how far away he is from childhood and how there’s no getting back there again.

Consider the song in translation as well. “Starálfur” roughly translates to “Staring Elf”, and it turns out to be struggling just as much with childlike fear and doubt as Zissou himself. “I put on my blue pajamas/ Go straight to bed/ I caress the soft covers/ Close my eyes/ I hide my head under the sheets.” It’s the perfect sentiment for Zissou’s exchange aboard Deep Search, the Belafonte’s submarine, with Cate Blanchett’s pregnant journalist:

Zissou is clearly ill-equipped to live in the adult world and was able to avoid it for some time by becoming a Jacques Cousteau figure, a world traveler obsessed with the magic of unseen worlds that only he gets to know about. He hides under the water because coming up for air brings all manner of dramas that he either doesn’t know how to handle or doesn’t care to. Like the child of which Jónsi sings, Zissou has lived hiding under the covers, assuming that the world will just pass him by without incident if he wills it so. The Life Aquatic, then, is about the harsh realization that this is impossible and that the world has been bearing down on him for years even as he tried to curl up in bed. So, too, goes the story of the staring elf: “I open my eyes/ The crusts come off… Everything is okay/ Still there is something missing/ Like all the walls.”

Lest we underplay the value of catharsis as only Sigur Rós can do it, though, “Starálfur” is still very much a breathtaking moment of beauty that punctuates the film and anchors its many disparate stories in the weight of grief. The shark appears, rattles Deep Search (“Are… are we safe in here?” Blanchett has to ask, to which Murray deadpans, “Probably not.”), and passes away, receding until it’s only visible by the tracking monitor that heralded its arrival. Tellingly, the song continues on past this sequence, straight into the debut of the premiere of the documentary about the entire jaguar shark chase. The surviving crew watches as Zissou muses over footage of his now-dead probably-son (also, their equity partner), and tellingly, it’s Zissou’s seat that’s empty. As Jónsi’s voice finally fades out over stark acoustic chords, he sits alone on the red carpet, knees pulled into his chest. There’s no more hiding in his blue pajamas, after all.