by Chris Coplan and Alex Young 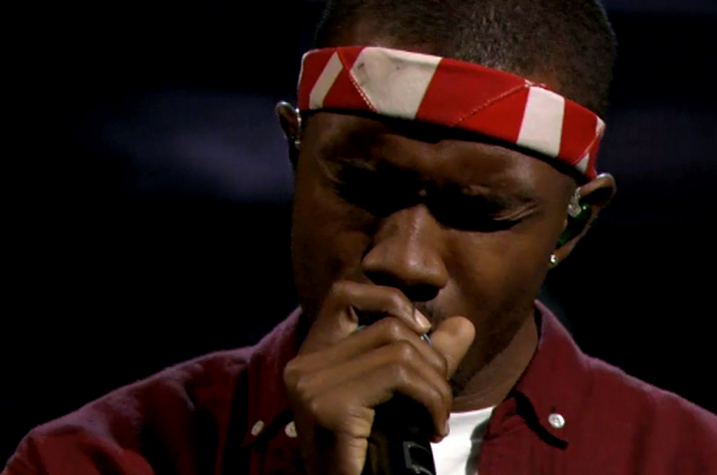 Frank Ocean played his last show back in November, appearing at Odd Future’s annual Los Angeles-based carnival. Since then, he’s been holed up in the studio, hard at-work on the follow-up to 2012’s excellent channel ORANGE (and sticking it to Chipotle). In fact, Ocean’s been so focused, he even contemplated skipping Coachella just to wrap up the album’s final recording sessions.

Last night, he finally emerged from behind the boards, performing at this year’s star-studded Met Gala in New York City. While he failed to preview any new material, he did offer up dazzling renditions of “Super Rich Kids” and “Wisman”, accompanied by a 31-piece all-female orchestra. Watch a few fan-shot clips.

Last February, Ocean told Zane Lowe that his sophomore LP album would be “another cohesive thing, bordering on a concept record again.” He’s already spent time in Bora Bora, hoping to carry over the “beach theme” of the channel ORANGE track “Golden Girl”, and had expressed interest in working with Pharrell Williams, Danger Mouse, and King Krule.

Whether his new album’s done or not, Ocean will return to the stage later this summer, appearing at both the Bonnaroo and Pemberton music festivals.