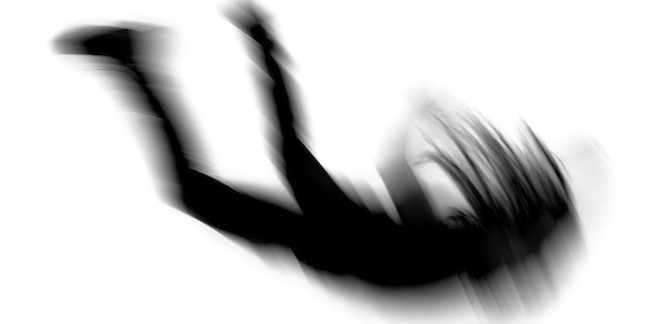 Let’s get this out of the way: No Peace, the fifth full-length effort from thrashcore roughnecks Trash Talk, is 90 percent a straight-up-and-down hardcore record. For hardcore fans, that simple description speaks volumes. In your mind, you can already hear Lee Spielman screaming from the lowest depths of his stomach. You can feel the music’s steely aggression, the kind built from the muscular, no-bullshit street ethos of Sick of It All, Strife, and the long list of hardcore heroes who helped pave their path. Put another way, No Peace‘s 16 songs, a terse 28-minute blitz, are the work of some proud students of the genre who have clearly done their homework.

And, really, that’s fine, especially for those of us who came in knowing what we were looking for. But there’s also reason to hope for more. Trash Talk are one of several bands traversing the land these days that are riding a resurgent hardcore wave. Along with Fucked Up, Ceremony, and METZ (just to name a few), Trash Talk have a distinct reverence for hardcore’s ironfisted roots, but they also care enough to color the genre’s decidedly brass tacks with a few artistic splashes. Take, for example, the downright Pixies-ish guitar sound that hovers over the chorus of “S.O.S.”. It’s a nice diversion from the boilerplate scream-sing vocals and pulverizing guitar thrash, a small instance that forces you to look at the band a little bit differently from their contemporaries throwing elbows in the pit.

Unfortunately, these refreshing breaks from formula are sporadic at best on No Peace, even though they make for its most rewarding moments. When Trash Talk inked a deal with Odd Future Records prior to the release of 2012’s 119, it made you scratch your head and wonder excitedly where the band would take its music next. What would the Odd Future guys want with a group of hardcore misfits from Sacramento, and what influence, if any, would Tyler, the Creator and company have on the band? Two years later, we’re inching closer to an answer.

No Peace teases listeners right off the top in “Amnesiatic” (produced by Alchemist), which takes the band on a shady trip-hop detour that shares more in common with Death Grips than Death by Stereo. It’s a quick minute-and-a-half intro that grabs your ear, but instead of following through on these new musical impulses, the band spends the majority of No Peace falling backward into its punk rock safety net. “Jigsaw” is a pissed-off return to form; “The Hole” stomps angrily while Spielman spews in alienated hardcore speak. “I won’t look the other way for anyone but me/ And that’s the only way it’s ever gonna be,” he bellows with brute force. “Leech” sounds like early Nirvana injected with extra testosterone, and before you know it, we’re pretty much back where 119 left off.

Sticking to one’s guns is typically something that bands are celebrated for — not ostracized — in hardcore circles. So, Trash Talk fans won’t find much cause for concern. If you’re looking for more of the band doing what it demonstrably does best, then No Peace works, case closed. Still, that intro opens up Pandora’s Box a bit. It suggests that they’re at least open to cross-pollinating with other genres, even if they’re far from committed to the effort. The last quarter of the record also wades in noticeably non-hardcore waters, namely on tracks like “Reprieve” (perhaps unsurprisingly, another produced by Alchemist), which loops a skittering electronic beat over the band’s bone-bred angst. But once again, the song is little more than just that: a momentary respite from the record’s otherwise scorched earth hardcore landscape.

On a recent episode of the Listening Party, the CoS crew shared their thoughts on Wasted Years, the latest effort from the LA hardcore supergroup OFF! On that episode, Leah Pickett of the Chicago Tribune astutely pointed out that hardcore, good or bad, doesn’t always translate particularly well on record. There’s truth to that, even in the case of Trash Talk, one of the genre’s better new bands. The songs on No Peace kick with a lot of force and feeling, but stacked one by one against each other, the effect starts to wear thin.

A few more of those scattered breaks into hip-hop and electronica could have given the record’s well-traveled sounds some fresh legs to stand on. Instead, it’s hard not to look at No Peace as a bit of a missed opportunity. By dabbling in other genres and collaborating with people outside of their musical footprint, like King Krule (“Stackin’ Skins”), Trash Talk have showed their hand. Now, they need to deliver on the moments that make No Peace so interesting.