The Roots – …And Then You Shoot Your Cousin 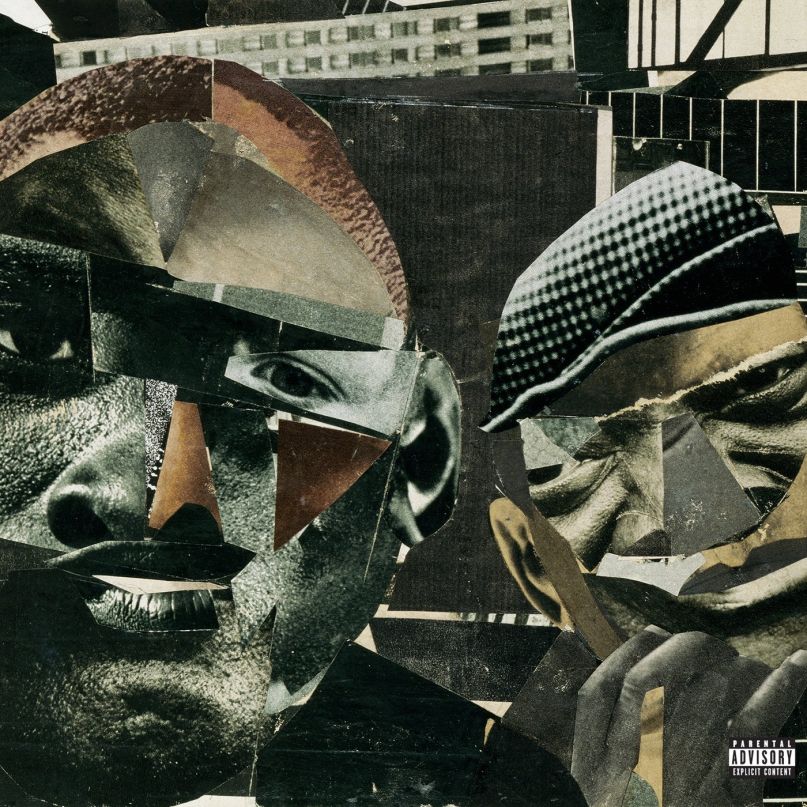 More than three minutes go by at the start of …And Then You Shoot Your Cousin, The Roots’ 11th album, before you know for sure that you’re hearing a Roots album. That moment is when Black Thought steps up on “Never” to set up the album’s narrative arc, but it could’ve been something else: crashing Questlove drums, maybe, or a somber keyboard progression. Instead, that opening stretch samples Nina Simone’s “Theme from Middle of the Night” and, on “Never”, features a cameo from the practically helium-voiced Icelandic singer Patty Crash. Though it’s not terribly exciting, the opening sequence signals The Roots’ bold vision for what a hip-hop album can be, even if that vision demands a ton of patience from listeners.

We’re talking about old guys, here. The Roots have been among hip-hop’s classiest acts since debuting with 1993’s Organix!, and their gig as the house band on The Tonight Show Starring Jimmy Fallon has helped them make the leap from professional to professorial — elder statesmen with bottomless knowledge. They do their thing on NBC, episode after episode, rehearsing an ungodly amount of material to perfection and accompanying the show’s musical guests to lend each given studio version additional vibrancy. When they release an album of their own (as opposed to a full-length collaboration, as they did with Elvis Costello just last September), we’re reminded how routinely great they are at writing and realizing their original stuff, too. 2011’s undun, the most recent Roots album without another name on the cover, was an intentionally dreary concept album with a grittiness usually found in the likes of Australian indie films.

These dapper gents technically have one main rapper now, down from two. Still, …And Then You Shoot Your Cousin features three primary voices: Black Thought, Dice Raw (that former second MC), and Greg Porn. Together, the trio mediate the album’s main theme of human aimlessness, making satirical stops along the way to poke fun at rap’s materialism. On lead single “When the People Cheer”, Black Thought is “on my existential grind doing consequential dirt,” also noting that the character he’s portraying, a grown-ass man, has a grand total of $95 to his name. On the otherwise gorgeous “Black Rock”, Dice Raw laments his circular routine: “What’s for breakfast? Same as yesterday/ Oh, that’s right: cheeseburger and a 40 ounce.”

Even though the album’s messages are front and center, it isn’t all about lyricism. From a delivery standpoint, Black Thought, Dice Raw, and Greg Porn shine when given enough room. “When the People Cheer” highlights the ability of the first two MCs to sound like great rappers. Those fundamentals are also what make “The Dark (Trinity)”, a five-minute struggle-rap endeavor, one of the standout songs here. Elsewhere, “Understand”, with its Sunday morning organ, muses on God as a conflicting entity (“People ask for God till the day he comes”) without getting overly theological; its two verses are among the most personable here.

The album on the whole, a 33-minute journey that ultimately relies too much on its jazz, soul, and classical-indebted instrumentation, is highly fragmented. In addition to Simone’s intro, there are also two brief interludes here (a chilly a cappella called “The Devil” and French composer Michel Chion’s “Dies Irae”), but the full-length songs are also segmented. Certainly, the drum and piano intros are in The Roots’ wheelhouse and lend these songs some initial tension, but the album is paved with too many impractical instrumental stretches, like the smattering of strings and piano that partitions “The Coming” (featuring Mercedes Martinez). The Roots have more than earned the right to experiment, but some of these passages arrive unpredictably, disfiguring the album.

…And Then You Shoot Your Cousin, which takes its name from KRS-One’s “Step into a World (Rapture’s Delight)”, is a middle-tier Roots album because it neglects some of the group’s usual strengths. It could use more Black Thought, for one thing. It also poses questions: The Roots have recently worked with everyone from Joanna Newsom to John Legend and Costello, so why did they only recruit relatively little-known names to sing here?  Five Roots albums top an hour in length, so why is this one so short when it’s possibly their artiest outing yet? Despite the record’s production, some of the group’s most ambitious to date, it feels incomplete, seemingly ending five or six songs early. It’s a grower, yes, but there’s too much to unpack for it to sound vital to modern hip-hop’s equilibrium.

Essential Tracks: “When the People Cheer”, “Black Rock”, and “The Dark (Trinity)”