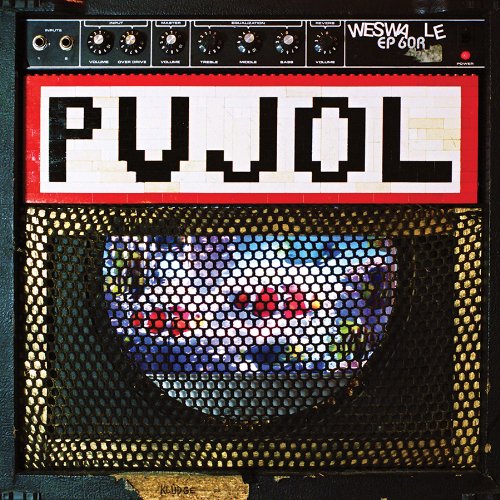 More melodic and instrumentally varied than 2012’s UNITED STATES OF BEING, Daniel Pujol’s sophomore album, Kludge, delves deeper into the fantastical mind of the Tennessee punk rocker. Pujol named the album “kludge,” meaning an “ill-assorted collection of poorly matching parts, forming a distressing whole,” to capture the odd recording spaces in which the album was produced (such as a teen suicide prevention center and a garage undergoing construction). But “distressing” is a bit too harsh to describe the final product. If anything, the garage punk LP is relatable and approachable — even for listeners who aren’t normally fans of punk.

Kludge embodies the ’70s DIY punk aesthetic down to its core with its sizzling guitar and socially informed lyrics, from a guy who’s never afraid to offer his two cents on consumerism, authenticity, and society. While the tracks on UNITED STATES OF BEING were often criticized for having too-similar technical execution, this LP brims with instrumental surprises. These surprises — the harmonica riffs, reverb effects, and growling backup vocals — enhance each song’s distinct melody and keep the album moving.

Equipped with vintage rock vocals comparable to Cheap Trick and revivalists like the late Jay Reatard, Pujol opens the record questioning his identity on “Judas Booth”, where he condemns the evil, lonely version of himself, or what he calls a “cheap Gary Oldman shadow.” On standout track “Pitch Black”, he offers a cool concoction of crunchy guitars and tinkling bells, while humorously noting, “I used to be a charming vagabond/ But now I’m a fading hobo.” Subsequent tracks maintain a consistently lo-fi vibe, but vary by way of tempo, backup vocals, and sound effects. Not to be forgotten are “Manufactured Crisis Control”, a hyper-speed punk ballad seemingly designed for a bar fight, and “Spooky Scary”, a bluesy narrative set somewhere between Pujol’s dreams and reality.

Despite the heavy tone of the lyrics, Kludge collects some of Pujol’s most instrumentally upbeat releases. His honest vocals and quirky production give those who may not usually be drawn to the punk genre something to connect with and revel in. But most notable is the sophisticated songwriting of Daniel Pujol, who admirably spins pop culture references and commentary on the current state of society into poetry.