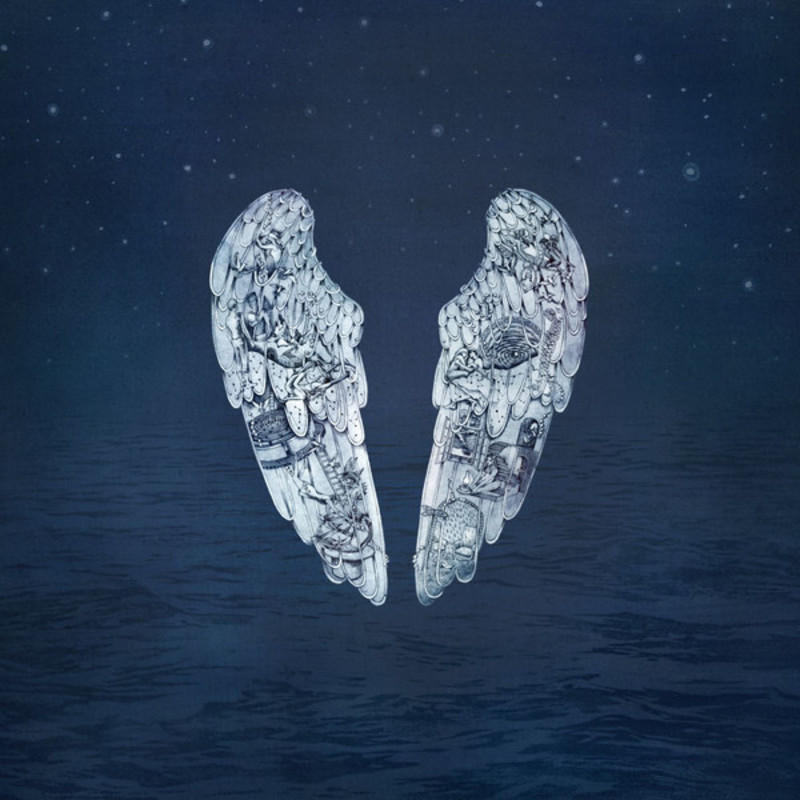 Any band catapulting to mainstream success as fast as Coldplay (as well as any band as sincere as the English quartet) will undoubtedly meet some pretty hefty criticism. From the missed opportunity of X&Y, to the cheesiness of their hearts-wide-open love songs, to Chris Martin rubbing scores of people the wrong way, some critiques have been deserved, while others have been comically overblown. But, as Martin notes, “We have been a very polarizing group because we do a certain thing very well.” And it’s true. Their potentially offensive inoffensiveness aside, many of their singles still withstand scrutiny, along with the band’s overall discography being fairly solid. Now, after the extravagant pop spectacle that was 2011’s Mylo Xyloto, they return with Ghost Stories, their sixth studio album. Largely inspired by the disintegration of Martin’s relationship with Gwyneth Paltrow, his wife of 11 years, the album comes billed as the quartet’s “breakup record.” Thanks to the subject matter, Coldplay have crafted their most intimate record since their 2000 debut, Parachutes.

In many respects, some critics are right: Martin’s lyrics were never his strong suit. Instead of reaching for subtlety, he constantly grabs for the most general words to describe the biggest emotions. Overall, this approach has suited the band well. Take “Look at the stars/ Look how they shine for you,” off of “Yellow”, one of the most ubiquitous romantic sentiments of the early 2000s. Or consider all the times “Fix You” has soundtracked a cathartic moment on television. For all of the critical eye rolls his writing has induced, Martin’s songs have had a profound effect on millions of people.

For those whose hearts have swelled from Martin’s lovelorn proclamations, there are loads of saccharine tidbits of heartbreak and vulnerability throughout Ghost Stories. After all, much has already been made of his and Paltrow’s split. With this information on many minds, there’s a slight urge to delve into the lyrics to scrape together personal details of the separation. But while these lyrics are personal and tear-jerking, they’re vague enough to avoid tabloid scrutiny. On “Ink”, Martin sings of feeling “like there’s something broken inside,” while “All I know is that I love you so/ So much that it hurts” echoes a similar sentiment from Mylo Xyloto’s “Hurts Like Heaven”. But as much as Martin rips into his pain, he can’t stop being an optimist, as the closing “O” ends on a plea to love unconditionally. The record’s secret track, “Fly On”, which features his daughter Apple and her friend Mabel on vocals, ends the album hopefully.

That said, on the Timbaland-produced “True Love”, which doesn’t sound at all like a Timbaland-produced track, Martin temporally drops the schmaltz with one of his most gutting lines ever: “Tell me you love me/ If you don’t, then lie.” They’re devastating words, and for all the overwrought metaphors like the clunky tattoo motif on “Ink”, Martin’s voice every so often comes out clear (albeit the lyrical equivalent of bringing a tank to a gunfight).

Coldplay’s last two albums, Viva La Vida and Mylo Xyloto, were loaded, oftentimes overstuffed with production (less so on the still-pretty-good Viva La Vida). Ghost Stories, then, serves as a palate cleanser, mostly stripping away the extravagance. Sure, songs like “Midnight” get into some loaded territory with Martin’s ethereality channeled through a vocoder. It’s a noticeable contribution from producer Jon Hopkins, who once was a backing member of prominent voice-modulator Imogen Heap’s touring band. But while “Midnight” is actually kind of interesting as one of the weirdest of their oeuvre, the following single, “A Sky Full of Stars”, is a lowlight with an arrangement that could be read as the band just trying to repeat the commercial success of “Paradise”. Like Mylo Xyloto’s Rihanna duet, this song is likely to turn heads. On it, Avicii makes his first foray into marquee production that’s not a remix by warping the opening A Rush of Blood to the Head-esque piano chords into pulsating synths. That awkward collision of genres aside, sound engineer Daniel Green lends some lovely synths at the beginning of “Always in My Head” and at the end of secret track “Fly On”, mimicking Brian Eno’s seamless album loop on Viva La Vida.

Another misstep is the under-use of guitarist Jonny Buckland. He’s long been Martin’s melodic partner, crafting equally grand guitar hooks to elevate Martin’s soaring, crisp vocals. On songs like “Yellow” and “Talk”, his riffs are as memorable as the vocals, if not more so. Here, he barely registers. While there are the soothing, reverb-heavy leads on opener “Always in My Head” and “Magic”, only on “A Sky Full of Stars” do his stadium-sized parts reappear. Even then, they’re drowned out by unnecessary EDM synths. Drummer Will Champion, who’s steadily become a foundational part of the band’s music (his work on Viva La Vida is especially overlooked), also takes a backseat, with no memorable instances of forceful pounding or impressive fills. Though it’s commendable for the band to be taking a sparser direction, Buckland and Champion are what keep Coldplay’s cylinders spinning.

When those two (along with bassist Guy Berryman, who arguably is most visible on Ghost Stories) take on more prominent roles, there are better results. According to an interview with Zane Lowe, Martin revealed that “Magic” came from a jam with the rest of the band, making it one of the first Coldplay songs not kick-started by Martin himself. That revelation is hardly surprising, as it’s one of their most straightforward and impressive recent singles. Here, it starts to feel like the workings of a full band without excessive synths and grandiose arrangements. Martin also shines, commanding over the click-clack percussion, heartbeat bass line, and chiming guitars. They replicate this synchronicity on highlight “Another’s Arms”, arguably the effort’s most well-crafted offering. Starting with a siren-like loop of a female voice, Martin brings back the piano over splashes of a wonderfully woozy bass sound. Only on the half Nick Drake, half Parachutes B-side, “Oceans”, does the band reach those same heights.

Even though it’s not Coldplay’s strongest, Ghost Stories should be applauded for scaling back the gaudy excesses of their previous albums. Eighteen years into their monumental career, the band have constantly teetered between heartbreaking and hopeful. At times, they’ve gotten this formula right, their music feeling like a tight embrace on both great and terrible days. With Ghost Stories, however, the balance is off, and some songs suffer from a lack of direction. Coldplay have always been one of the most listenable bands around, but these songs could use the vitality that launched them to the top in the first place.