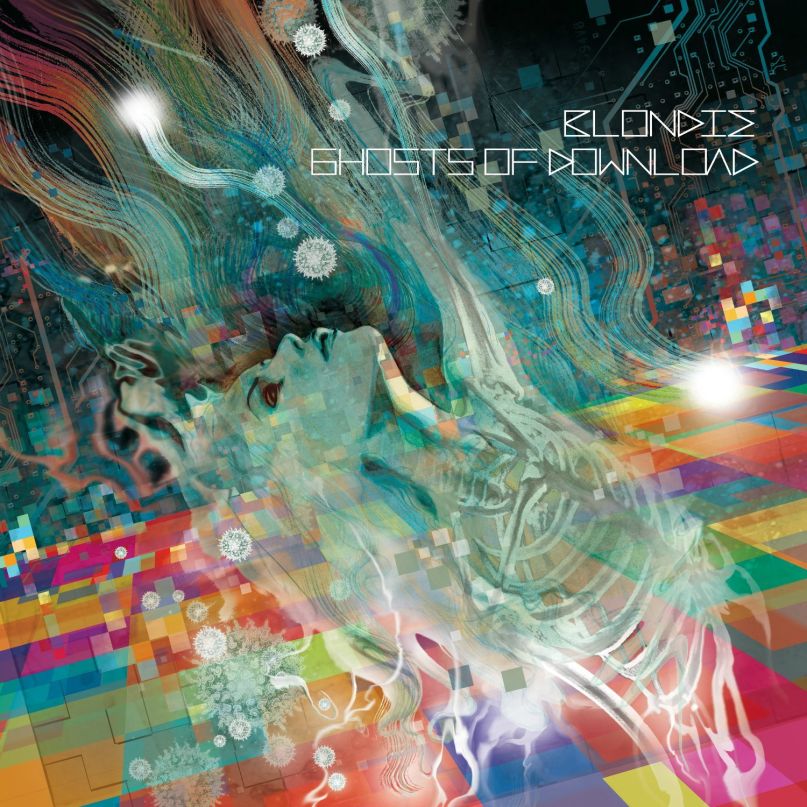 Blondie is celebrating 40 years as a band, in spite of the fact that they were broken up for 15 of those years. Regardless, the quality of material that Blondie created with their first five albums, from the 1976 self-titled through 1980’s Autoamerican, certainly warranted their eventual induction into The Rock and Roll Hall of Fame in 2006. At their peak, the members of Blondie were ambassadors of New York chic, dripping coolness and nonchalance, coupled with an insouciance that reflected a punk-like detachment bordering on indifference. This was once a group that prompted fashion and trends, never merely reflecting what was hot and happening. Easily at home in both the punk and new wave worlds, Blondie became so legendary that not even the group’s final contractually-obliged album, 1982’s The Hunter (a complete piece-of-shit album that, along with The Clash’s Cut the Crap and the film Blues Brothers 2000, we don’t talk about at family gatherings), could do any long-term damage. Case in point, when the group returned in 1997, we accepted them with open arms and not even a single head scratch as to why.

Blondie’s 1999 comeback album, No Exit (described as “everything a reunion album shouldn’t be”), was plagued by too many ideas, not enough cohesion, a lack of identity, and poorly written material that wanted too much to sound contemporary. This album fared so poorly that its followup, 2003’s The Curse of Blondie, an album far more in line with what a Blondie reunion album should sound like, didn’t even get a stateside release. The group’s last studio album, 2011’s Panic of Girls, was so layered in disco textures and an ’80s retro feel that it was almost as if Blondie finally figured out that they didn’t need to worry about what was going on with today’s musical culture; they only needed to be true to who they were. Unfortunately, that lesson seems to have been lost. Listening to Blondie’s latest, Ghosts of Download, compares far closer to the group’s ’99 return: a scattered collection of random ideas and questionable direction.

I had a pretty negative knee-jerk reaction to Ghosts of Download. Over repeated listens, the album does get better, and yes, with each run through, elements associated with Blondie and its classic era do begin to pop up, like the warble-y wah-wah guitar sound. But that is the big problem. Why should it take a dozen listens to hear something that should reveal itself almost immediately? This is Blondie after all, not Stars of the Lid. Opening track “Sugar on the Side”, featuring the Colombian collective Systema Solar, jumps out of the stereo with its Cumbia-laden grooves and hot Latin infusion, but it also comes off more like a Shakira demo than it does a Blondie number. Before you can counter with a “The Tide Is High” calypso reference, remember that that song was a cover, and Blondie still managed to make it sound like their own.

Ghosts has its share of collaborations in addition to Systema Solar’s appearance, including the Oakland-based Panamanian rap outfit Los Rakas on “I Screwed Up”, a track that tips its hat to the previously mentioned Paragons cover but spices it up just enough for today’s club scene. On lead single “A Rose by Any Name”, Harry shares the mic with Beth Ditto, vocalist of Gossip, who provides a vocal style that harks back to early/mid-’80s synth and goth pop, perhaps explaining why the song was released only in the UK (though the song would fit fine on many major Top 40 radio station playlists here in the states). That isn’t a defense of the track, just a fact.

The final collaboration on Ghosts is with New York club personality Miss Guy, an occasional songwriting partner of frontwoman Debbie Harry, who, in addition to being a Harry fanboy (though not quite on the level of the Gun Club’s Jeffrey Lee Pierce), helps deliver what is perhaps the most Blondie-like song on the album, “Rave”. “Rave” simply does not let go, pushing a pace on par with “Heart of Glass” if it was a bit more “One Way or Another” and, for better or worse, some flair from a track like “Maria”, off the group’s ’99 return. Why this song has not yet been released as a single is beyond me, as it is easily one of the album’s strongest tracks.

The album’s other saving grace (and another candidate for potential radio play), “Make a Way”, is also one of the few songs on this album that quickly reveals itself as a Blondie song. The track churns forward with a revolving drumbeat and a rhythm that will make even the most concrete listeners sway. The infectious melody would easily be at home on an album like Autoamerican. That two of the album’s strongest songs have thus far failed to be released as certainly has me questioning who is making the decisions behind the scenes.

However, no matter how many times I listen to Ghosts of Download, nothing has me questioning the band more than their cover of Frankie Goes to Hollywood’s “Relax”. Though the group has played it live occasionally, and I am sure that in the live setting it can come off rather spectacularly, on this album it is the turd that just cannot be polished. Adding nearly two minutes to the original song, the first half is played out as a slowed-down ballad that I assume is meant to come off as cool and calculating, but instead falls flat, right up to the point midway through when the band seems to realize that maybe this wasn’t such a good idea and the song suddenly rams head-on into the proto-acid house thumping heard in the original.

That this latest album is also being packaged with a collection of newly remastered hits, a “Best Of” to go along with these new songs, leads me to pause. Tacking the past so callously onto the present does them no favors. I don’t care that the group have been working on this album since the release of their last one three years ago; nor do I mind the fact that much of this album was recorded with a computer, with many of the computerized elements remaining in the final product. What bothers me is the lack of confidence the band has in themselves and their material, once again grasping at a variety of sounds but failing to interpolate them.