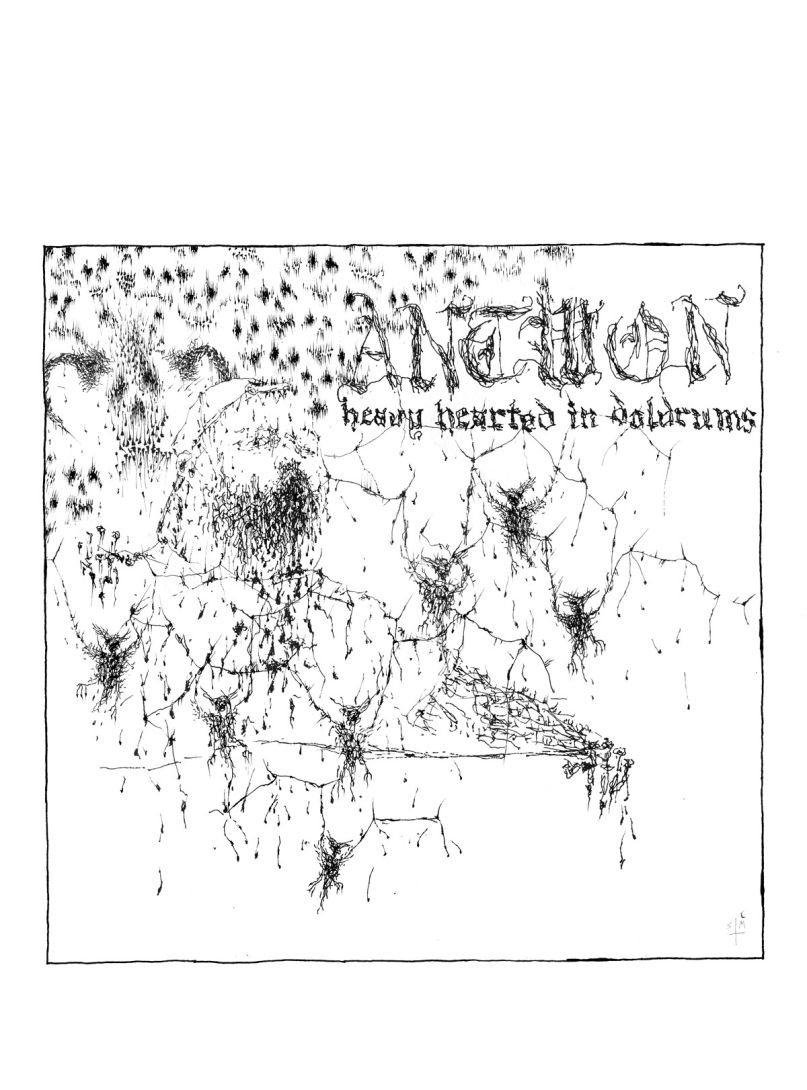 Raised in a hardcore scene before being reborn into hip-hop, Antwon has no trouble straddling a number of different identities at once. He’s also, as comedian Howard Kremer would say, a real wool-gatherer, a Casanova, but that doesn’t mean he doesn’t have emotions contingent on the opposite gender. Antwon is like both sides of the George Costanza and Kramer conversation about yearning and craving. He craves constant pleasure, but there’s an evident yearning for something deeper. His first official album, Heavy Hearted in Doldrums, draws its co-headlining theme from the title, splitting time between sadness and sex, so much so that he realistically could’ve called it 50 Shades of Blue. (You can have that for the next one, Twon.)

When I saw Antwon play at Chicago’s Empty Bottle with Le1f and Lakutis a few months ago, before any of the sets started, I spotted the San Jose export near the bar, leaning against the wall and sipping a beer. He looked sullen as hell, rocking skin-tight jeans and a Bauhaus shirt while a cute girl talked his ear off. The image, which exemplifies his dichotomous persona, came back to me as I listened to this debut.

Bringing together an impressive collective of producers, Antwon has an abundance of different styles to work with. While some tracks stick to Bay Area-tinged cloud rap production — a staple on his past mixtapes — there are others that differentiate themselves with plenty of attitude. “Cold Tears” sounds like something DMX or a G-Unit affiliate would’ve rapped over circa 2005, intimidating but softened by Antwon’s talk about Jewish delis and clearance rack shopping. The cloud rap aesthetic continues to work for Antwon, so there’s no noticeable urgency to move past it entirely. Baton Rouge producer Suicideyear continues to make songs that sound like audio versions of Tumblr pictures of Greek statues and codeine pouring out of Styrofoam cups in front of Windows 98 screensavers, but in all honesty, there’s no reason for him to stop because he’s really damn good at it.

Same goes for Pictureplane, whose beat for “KLF ELF” is both jarringly great and maintains the oddball atmosphere of the track. It would entirely distract from the lyrics if the verses weren’t coming from the Greedhead roster, who drop great references to Law and Order (Heems) and Zach Galifianakis (Lakutis). Lead single “Rain Song” reunites the “Underwater Tank” combo of Antwon and Lil Ugly Mane, produced by the latter’s alter ego, Shawn Kemp. The quivering synths and vocal samples create an eerie atmosphere that reaches a near perfect sense of staring out the window as rain beats down on it. It’s strange for hip-hop to replicate weather at all, let alone do it so well.

Although there’s plenty of production to fawn over and an impressive group of features (Ratking’s Wiki, Andre Martel, and Sad Andy, in addition to the aforementioned), the star of the album is still Antwon, whose flow continues to mature as his lyrics either follow suit or revert back to adolescent braggadocio. There are lyrics on this album that would make Prince or R. Kelly blush, but just moments later, there are lyrics that would make Leonard Cohen shed a tear. It’s the rap game tragedy and comedy masks album, exploring the depths of both sides with great success.