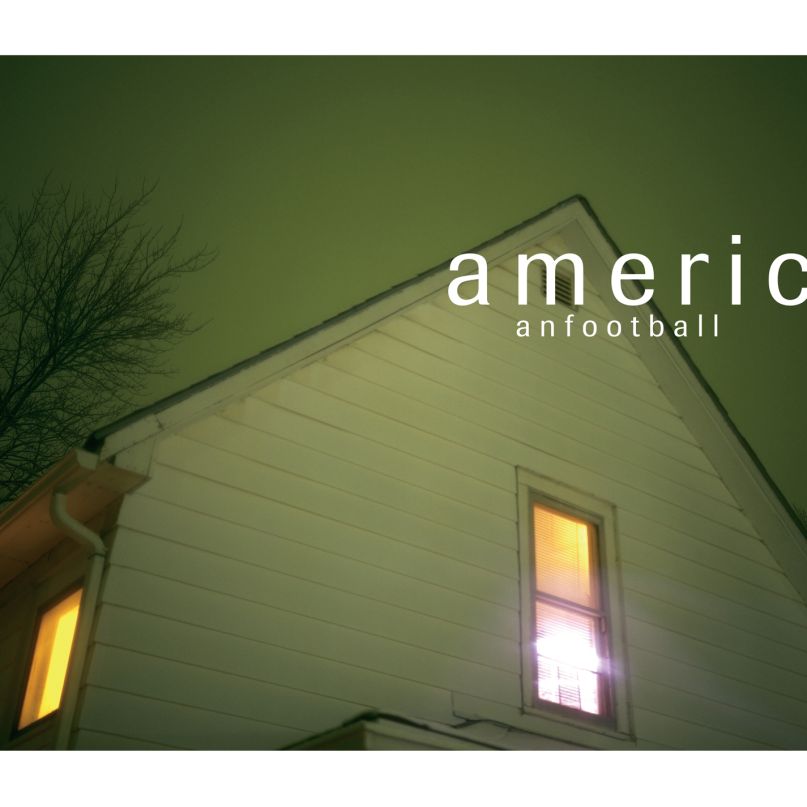 When looking at the demise of American Football, it’s important to recognize that it surely wasn’t a sad one. Three college students home for the summer, their album comes across as a reunion: friends talking about the things they’d endured, communicating efficiently, and contemplating how each tale pertained to their own lives. They must have known that it was going to end eventually, that they’d have to move on to the next step; but that wasn’t part of the music. Instead, they reached for clarity and absorbed everything. The situation didn’t call for them to communicate with a performance of gnarling distortion and screaming (the first traits that come mind when thinking of the emo that came out of the hardcore scene), so they used clear amp settings, delicate instrumental chemistry, and vivid lyricism. They weren’t overbearing or intimidating; they inspired revisitation of those “teenage feelings” that aren’t so far gone.

Mike Kinsella, Steve Holmes, and Steve Lamos weren’t expelling their past experience, but rather trying to understand the emotions behind them. While they had been in other successful bands (Kinsella grew up in Cap’n Jazz, and he and Lamos spent time in The One Up Downstairs), this band opened an intimate, relaxed corner they hadn’t been able to so actively expose. American Football is a relic that preceded the cultural saturation of emo. And once it passed, it seems that many forgot what it was all about, both in its infancy and its acme. Considering that, this record’s 15-year anniversary with a deluxe reissue packed with unreleased demos and live performances appropriately celebrates its value.

Emo music has had a bad rep for the past 15 years, and it’s often undeserved. Bands like My Chemical Romance, Dashboard Confessional, and Taking Back Sunday bent public understanding into something more dramatic, performed, and self-centered. Pain and revenge became thematic staples and developed a scene wallowing in darkness, depression, and self-inflicted violence, something far less developed (or else far subtler) in the music of emo’s progenitors. In its commencement, emo was a break in the thread at the height of hardcore punk, opposing the fierce, aggressive attitude (frequently stimulated by drugs and alcohol) and instead exposing and working to understand the doubts and struggles of life. We all experience heartbreak and bumps in the road. Early emo opened that all up for conversation, most often hoping that doing so would help everyone get through to the bright side in one piece.

American Football standout “Honestly?”, judging by genre assignations and title alone, would seem tied to angst and unfairness, something a teenager would say after getting caught with a pack of cigarettes or sneaking out. But the lyrics react to a far different situation, one loaded with a yearning to understand rather than a frustrated reaction. Their regrets don’t come from making mistakes or treating others poorly, but rather analyzing the risks taken and not taken, piecing together the past and its meaning. A reaction like this can be seen as an “adult” realization, opposing the belief that emo is exclusive to a teenage state of mind.

Providing the opposite perspective for its own sake wasn’t the goal of American Football — they wanted to make a connection. In “Stay Home”, they state that “empathy takes energy” and insist that life is “so social” (for better and for worse). They do sometimes drown their vocals in sadness, discussing universal, human issues like “[misinterpreting] honesty for selfishness” on “I’ll See You When We’re Both Not So Emotional” or “Standing alone again/ Distant and dissatisfied” on “But the Regrets Are Killing Me”. Opener “Never Meant”, the band’s trademark song, sets the scene of two lovers falling out of love, and while Kinsella sings that the best repair is forgetting it all, he’s not rejecting the relationship’s strength but instead acknowledging the power behind the friendship and commitment that developed over time. In recognizing both sides of the situation, listeners aren’t begged to sympathize but rather encouraged to evaluate the circumstances themselves.

The best moments of American Football occur when the band’s relatability and their development of the genre become obvious, especially in the intimate conclusion of “Stay Home”. Kinsella and Holmes’ guitars, influenced by both post-rock and math rock, weave between and double each other in various tempos and tunings, producing a uniquely gorgeous world for the lyrics to inhabit. While bass occasionally enters the picture, American Football sounds full and playful without, their instruments able to relate what words can’t.

The added tracks included with the deluxe edition, especially “Untitled #1 (The One with the Trumpet)” and “The 7’s”, exemplify the band’s best in a live setting, their inventive risk-taking at an all-time high. Their eccentric, spiraling, tapestried guitars could continue to stretch on endlessly, illustrating an understanding of the memories the lyrics rehash (and their impact). Moreover, it allows listeners the space to digest their own experiences. Music doesn’t always allow that opportunity, but for American Football, dialogue (both within the band and with the listener) is an essential part of life and music.

Unfortunately, their path didn’t last much longer, but the added collection of unreleased, demo, and live tracks suggest that there could have been much more. Though coming through lo-fi recording static and PA feedback, these new additions to American Football’s catalog maintain their emotional parameters while seeking new adventure; goodbye doesn’t always have to be heartbreaking. Now approaching their first official string of reunited live dates, American Football have another thing to discuss: What it takes to say hello again.

Essential Tracks: “Never Meant”, “Honestly?”, and “I’ll See You When We’re Both Not So Emotional”