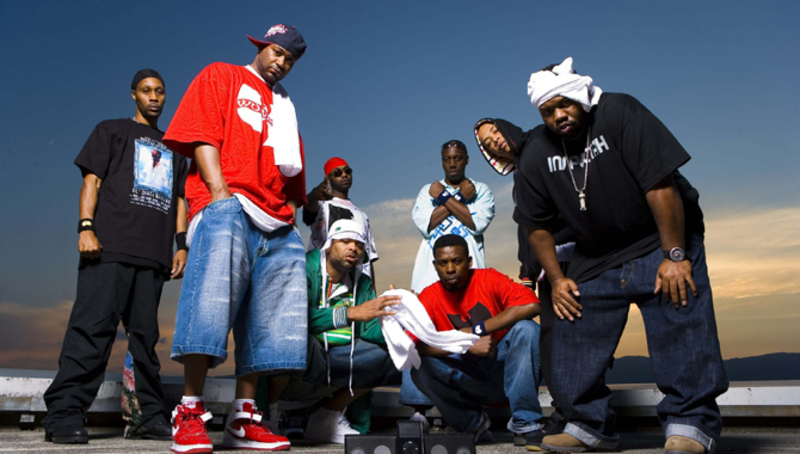 RZA and Raekwon have been publicly feuding for months over the direction of Wu-Tang Clan’s 20th anniversary album, A Better Tomorrow, and it appears the two rappers are no closer to settling their differences. In a biting new interview with Rolling Stone, Raekwon said Wu-Tang has been “compromised” by RZA’s creative vision, which he referred to as “mediocre” and out of touch with the state of current hip-hop.

“RZA’s the type of dude where, in the 90s, he ruled,” Raekwon told Rolling Stone. “Now it’s a new day. You’re not attached no more. It’s like being a coach and you won rings back in the day, but now your team is in ninth place. It’s time for a new fucking game plan. I sit here with integrity all the time. When it comes to my music. When it comes to my business. When it comes to the fans. I’m always going to give them the best of me. And I know the Wu-Tang Clan is built like that, but if they’re sitting there listening to one man, ain’t no “I” in “Team.”

Raekwon specifically singled out the album’s lead single, “Keep Watch”, which he referred to as “mediocre shit.” He said, “I hate it. I hate it. I don’t hate shit, but I hate that fuckin’ record. It ain’t the gunpowder that my brother is spitting; it’s the production. And I ain’t shitting on the producer because he’s one of our soldiers. But if it ain’t where it need to be… It’s 20 years later. We talkin ’bout a whole new generation is sitting here representin’ and making fiery shit and you telling me that we comin out with some mediocre shit? That ain’t part of our plan.”

Raekwon also insinuated that other members of Wu-Tang have issues with RZA’s decision-making, such as featuring unknown singer Nathaniel on “Keep Watch”. “You put this new young kid on there who nobody knows who he is – and I’m not taking shots at the kid – but I don’t even know who he is,” Raekwon said. “That song is something that the crew didn’t have knowledge of, from what I’m being told. Dudes ain’t feeling good about it.”

The creative direction isn’t the only thing Raekwon has issues with, however, He also said he feels slighted from a business perspective. “In order for Chef to work, the Chef contract has to be correct. It has to be a situation where I can say, ‘You know what? This is the best situation for me and my family.’ That’s who I work for. I work for my family.”

Raekwon also said RZA’s recent claim that the two haven’t spoke is “a bold-face lie.” He explained, “I don’t know why he said he didn’t speak to me, because he did speak to me. We spoke about two weeks ago. It was me, him, his brother and business partner Devine and we talked about why I’m not there right now. They know where I’m at and at the end of the day, him saying he didn’t speak to me is a bold-faced lie.”

When Rolling Stone’s Jason Newman commented that it “almost sounds like you’re on strike,” Raekwon added, “It’s the same as being an athlete. I don’t give a fuck if it’s Kobe Bryant or Kevin Durant. They will not touch the floor if their managers or lawyers are saying, ‘Listen, shit ain’t right.’ So therefore, I’m in a limbo situation. So yeah, you’re right. I am on strike.”

Asked what are the odds of him ending up on A Better Tomorrow, Raekwon put it at a two out of ten. “It’s like climbing up a fuckin’ mountain if you got on slippers.”