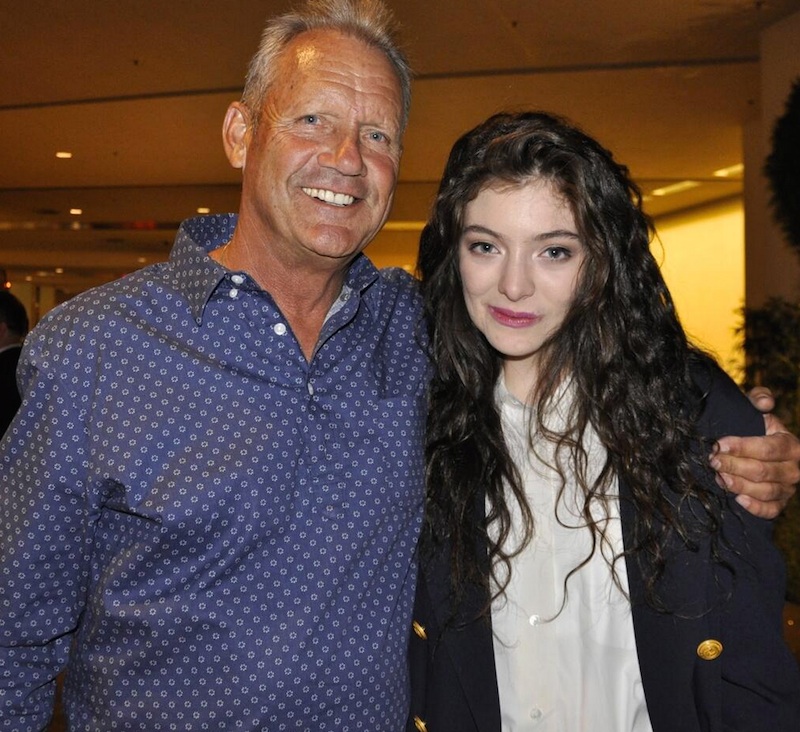 “Royals” may have been the best song of 2013, but only now has the story behind Lorde’s hit single finally come full circle.

According to the MLB’s Twitter acount, before her Las Vegas show last night, the New Zealand pop star met Kansas City Royals’ iconic third baseman and Hall of Famer George Brett. While Lorde undoubtedly befriends professional athletes and celebrities on a regular basis, the encounter was anything but a standard meet-and-greet.

If you’ll recall, last year it was revealed that “Royals” — the single that launched Lorde’s career and earned her a Grammy — was inspired by a 1976 photo of Brett (seen below).

“I had this image from the National Geographic of this dude just signing baseballs,” she told VH1 back in September. “He was a baseball player and his shirt said, ‘Royals’. It was just that word. It’s really cool.”

Brett had previously been invited to Lorde’s concert in Kansas City, but scheduling conflicts kept them from actually meeting face to face. He instead sent her a signed jersey that also bore the endearing message, “Lorde, you are Royal to me.” Though I’m admittedly not a huge sports fan, even **I** would’ve loved to have been a fly on the wall in the room where both baseball and pop music’s royalty came together.