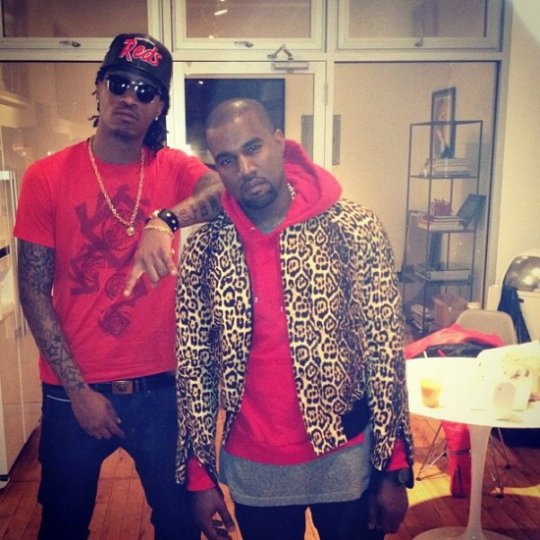 Future has dropped “I Won”, the latest single off his forthcoming album, Honest. A collaboration with Kanye West, the song is another peek into the upcoming release’s star-studded tracklist, which includes the Pharrell and Pusha T-assisted “Move That Dope” as well as appearances from Drake, Wiz Khalifa, and Andre 3000, among others.

Produced by Metro Boomin, “I Won” finds Future and Kanye rapping about their respective lady loves in Ciara and Kim Kardashian. When it comes to slamming their nasty ol’ exes, though, Yeezy gets the win with the cutting insult/boast, “I made it over NBA, NFL players so every time I score it’s like the Super Bowl”. Ouch, somebody’s gonna need the Burn Heal.

Listen to the song below (via Rap-Up). It’s also available as an instant download to those who pre-order the album on iTunes. The forthcoming music video was directed by Hype Williams.

Honest hits stores on April 22nd via Epic Records. Check out its tracklist below.