Listen: Arcade Fire’s “Get Right”, an unreleased song from Reflektor 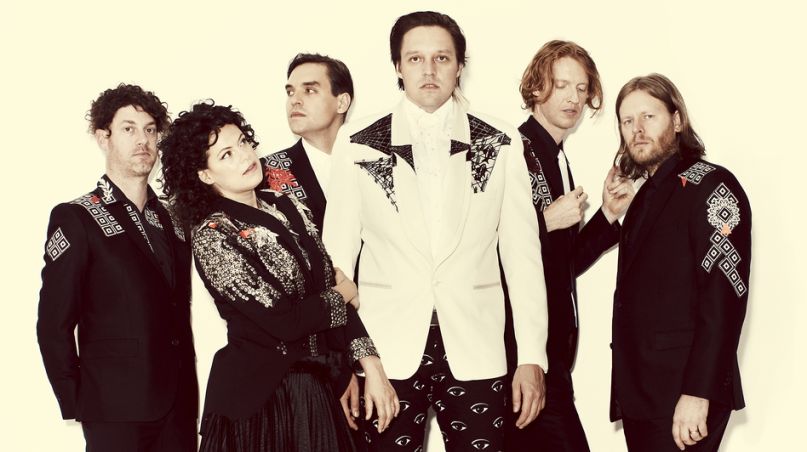 Those of us who weren’t able to attend got by with detailed concert reviews and Arcade Fire’s post-SNL NBC special Here Comes The Night Time, which featured professionally-captured footage from those shows. Now, we have yet another insider’s look at what transpired behind Salsathèque’s closed doors with this previously unreleased live version of a song called “Get Right”. Listen in below.

The track was recorded at the September 9th Salsathèque show and doesn’t seem to have been played live ever since those Montreal gigs. According to ArcadeFireTube, it’s an outtake from the Reflektor album sessions. Judging by its rollicking, synth-laden arrangements and lengthy jam-like outro, it’s hard to imagine why it was left off the final tracklist. If the song sounds familiar, it’s because it popped up briefly during this Reflektor commercial last fall.