Mica Levi – Under the Skin OST 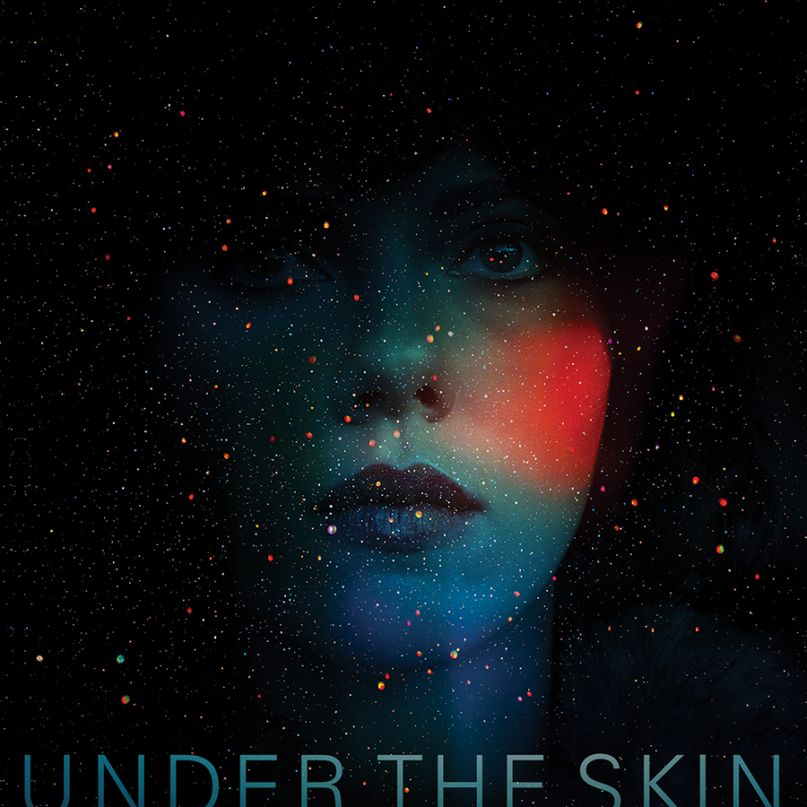 “It stars Scarlett Johansson.” That’s all you really need to know about Jonathan Glazer’s science fiction mindfuck, Under the Skin. That’s all I knew going into the film last weekend, after failing to get anything decent on Record Store Day, and that’s why I walked out looking like Jack Nicholson 130 minutes into One Flew Over the Cuckoo’s Nest. Dazed and spiral-eyed, I stumbled through the streets of Chicago, cigarette in hand, consumed by the film. I couldn’t shake its postmodern visuals, the savage themes, or those screeching noises. Oh, what a terrifying soundtrack, mirroring the horrific desolation of György Ligeti’s work in Stanley Kubrick’s films, from 1968’s 2001: a space odyssey to 1980’s The Shining and all the way up to 1999’s Eyes Wide Shut. The way Glazer wraps the score around every shot produces a tension that’s near suffocating.

The composer in question is Mica Levi, aka Micachu, the 27-year-old classically trained multi-instrumentalist best known for her experimental pop with Micachu and the Shapes. “Mica is very insightful and intuitive,” Glazer recently told Pitchfork. “We had a lot of discussions about what sounds might work and what wouldn’t, and when we heard the ones that sounded right, they became the language for the film. All those bendy and stretched notes just felt correct. It came half from the heart, half from the head.” Glazer’s use of “language” is apt, as the music really does speak for Skin‘s characters and situations, especially since there are, at most, 50 lines of dialogue throughout the film’s 108 minutes. As Levi explained, the music is “supposed to feel like a life-form you can’t quite understand, but it’s carrying on relentlessly, like a beehive.”

Stings like one, too. All throughout, strings slice through the hollowed spaces, heartbeat percussion, and discomforting hum. Opening track “Creation” recalls the paleolithic terror of Ligeti’s “Requiem for Soprano, Mezzo-Soprano, 2 Mixed Choirs and Orchestra” with its echoing vacuum. “Meat to Maths” tests the nerves with its unforgiving bells, seemingly shattered from the endless waves of reverb. The digital drilling midway through “Mirror to Vortex” presses in like John Carpenter’s Michael Myers at the front door, gently slamming again, then again, then again, until, voila, it dissipates too. Not until its latter half does Levi ease up, roughly around the same time the film takes an emotional turn, as both “Bedroom” and “Love” shift from Ligeti to the more romantic surrealism of David Lynch’s go-to composer, Angelo Badalamenti. Then it’s back to the abyss with “Death”, revisiting the glassy sexuality that spooked beforehand.

What separates Levi’s work from Ligeti is its translation; this is a score truly married to Glazer’s film. It’s the soul that makes it tick, tock, and say boo. Without it, I would have probably walked out last Saturday bored and dilapidated. Because of this, Under the Skin isn’t the greatest listen outside its cinematic confines. Don’t get me wrong, I ordered the vinyl online an hour after seeing it; but even as I poke the black circle on my bedroom floor, I can’t help but stare at my blank doorway, wondering if some extraterrestrial femme fatale is going to whisk me away. Already, I can tell this soundtrack will be the black sheep of my record collection, the Necronomicon if you will, stowed away where its prickly hands can’t clasp my lungs. What’s more powerful than that, though? What does that say about its creator? I’m not sure yet, but if I were any member of The Shapes, I’d be running for the hills. And fast.