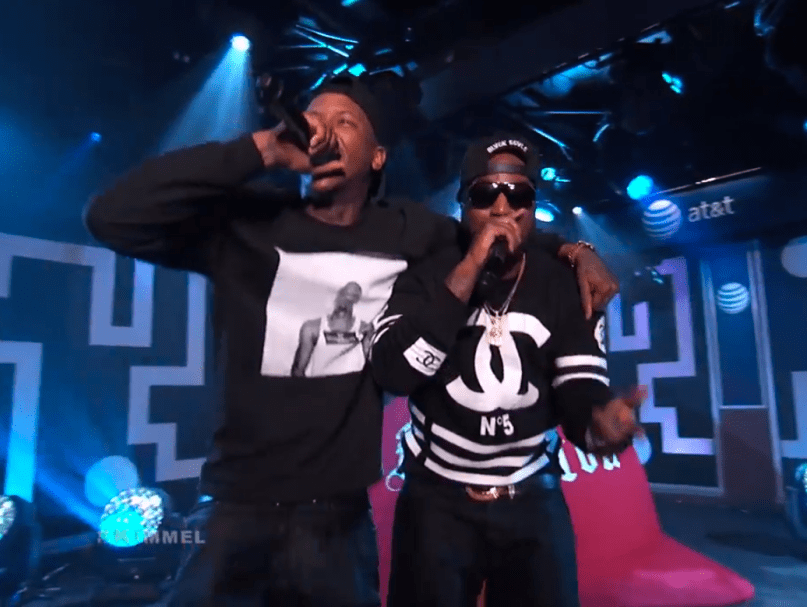 This week, Compton rapper YG releases his major label debut, My Krazy Life, an album that embodies the spirit of West Coast hip-hop and ratchet music, with appearances from Kendrick Lamar, ScHoolboy Q, Lil Wayne, and Drake, among others. Not sure then if Jimmy Kimmel Live! was the best place to support the record, but YG gave it a go anyways, performing a medley of album tracks on last night’s episode. His own performance was solid enough, but most everything else proved incredibly awkward, including YG having to sing the censored version of “My Nigga”, the audience’s overall lack of enthusiasm, and did anyone notice when Young Jeezy came out? Watch for yourself below.