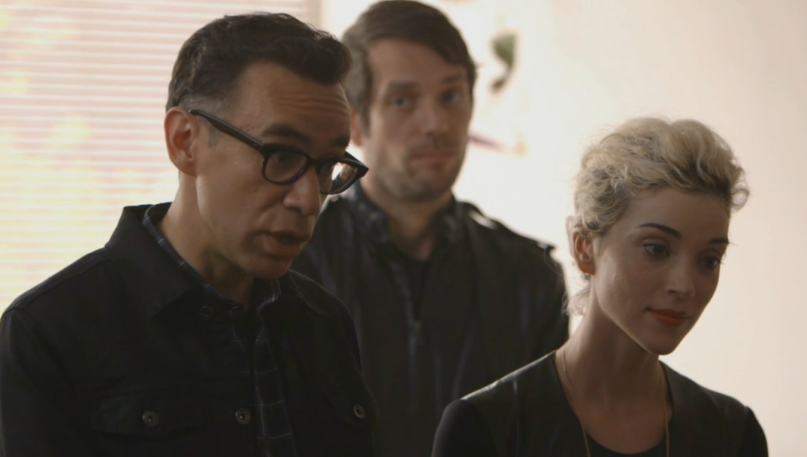 St. Vincent’s Annie Clark is smack dab in the middle of a lengthy world tour in support of her excellent new album. Yet, she recently made time to assist her ol’ friend Carrie Brownstein, who was going through a rough patch with her bass-playing tax lawyer boyfriend. The result is another instant classic sketch from Portlandia, which you can watch at IFC’s website. Duff McKagan also makes a cameo in the sketch.

Clark has appeared on Portlandia once before, during which she modeled new police uniforms. Her relationship with Brownstein has also extended off the screen, as the two attended a Pearl Jam show together over the summer and were invited on stage.

This season of Portlandia also promises cameos from Queens of the Stone Age’s Josh Homme and Wilco’s Jeff Tweedy, in addition to TV On The Radio’s Tunde Adebimpe, who appeared in a recent episode.