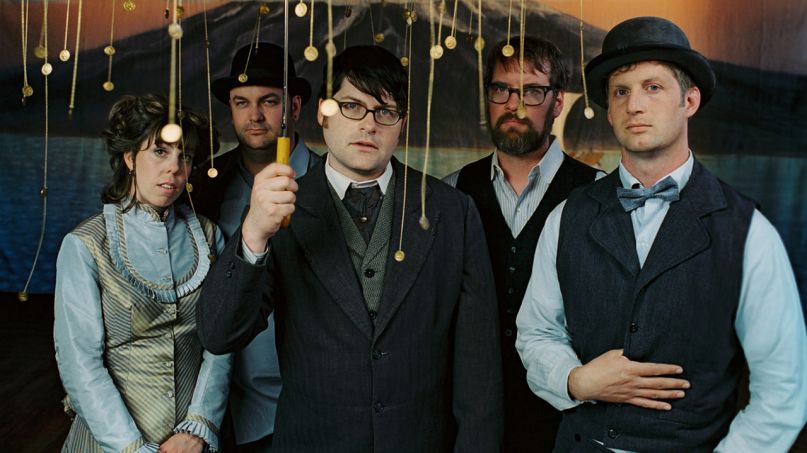 On May 30th, The Decemberists will return to the stage for the first time in three years to perform a benefit concert at Crystal Ballroom in Portland, OR. The band will deliver a full performance of their 2002 debut, Castaways and Cutouts, as well as other seminal cuts (and hopefully a new song or two). Sallie Ford will serve as the evening’s opener.

Dubbed “V is for Victory”, the concert comes in support of Victory Academy, a speciality school catered to kids with autism. Tickets will be available Friday, March 7th. VIP packages include a special pre-show reception with the band.

The Decemerbists are currently working on a new album, their first since 2011’sThe King Is Dead. It’s expected to see release later this year.