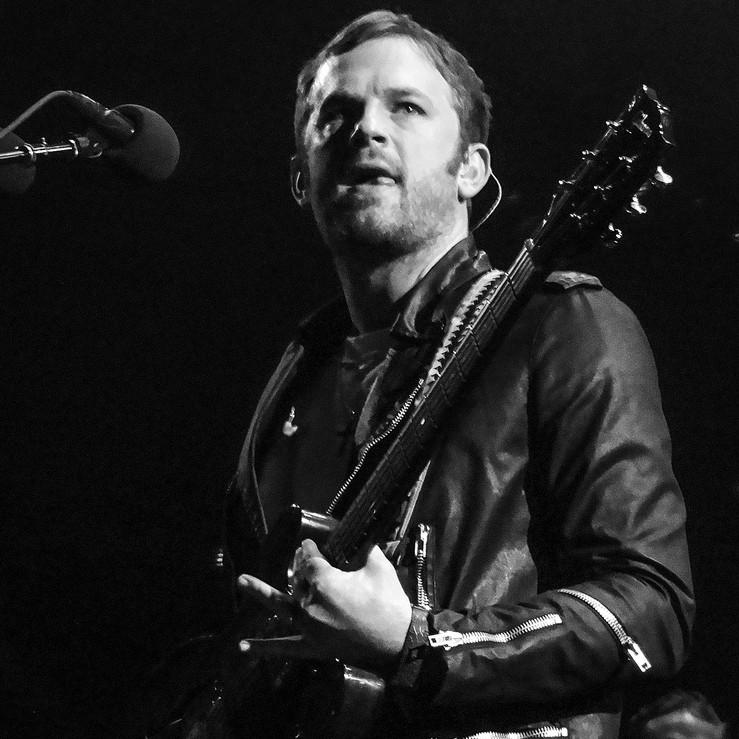 As the security guard briefed me and the five other photographers on the rules for Kings of Leon’s photo pit around 9:00 p.m. on Saturday, he paused for a typical press of the left ear to relay through his headset that attendees were chucking cups of beer onto the floor. Such describes the “Free Bird”-yelling crowd that descended upon the United Center for the Southern four-piece’s sold-out show. Though ice patches and slushy snow mounds awaited outside, for a few hours, the house that Jordan built was soaked in whisky, with a ragtag group of wine-gulping Southern boys kicking up dust in the center of the party.

It’s an interesting time for Kings of Leon, as last year’s Mechanical Bull garnered more love than 2010’s lackluster Come Around Sundown. And while the band graced the cover of Rolling Stone in 2009 (accompanied by the phrase “the rise of America’s hottest band”), 2013 saw the publication asking of the brothers (and cousin) Followill, “Can rock’s new underdogs battle back?” Saturday’s set began to affirm that yes, they probably can, though probably is a long way from certainly.

After guitar hero Gary Clark Jr.’s stellar opening set, the Followills kicked the night off with “Charmer”, likely the best leading number in their catalog, with its rollicking bass line and haunting yelps. They played the song from behind a flowing translucent fabric that, as the UC filled in before the show started, read, “Nacho Vision.” For those not fully looped in on current KOL lore, the band’s cousin, “Nacho,” selects fans to upgrade into the front pit, just between the security guards and photographers and the front-row ticket holders — it’s easily The Place To Be at this show.

While the setlist gave too much time to Mechanical Bull (with “Temple” and “Supersoaker” offering the best moments from that record), classics like “Molly’s Chambers”, “Four Kicks”, and “The Bucket” offered flashes of KOL in their glory days. The hoarseness in Caleb’s voice only grew as the night went on, but as the last show on this leg of the tour, the frontman promised to “blow it out.” Much love was bestowed upon Chicago from the singing Followill, though such appreciation (and promises of blowing out) should have resulted in something special, perhaps a unique rendition of “Fans” at the end of the predictable encore. That’s not to say those last three songs weren’t enjoyable, with the drama of “Crawl” and playfulness of “Black Thumbnail”. Plus, yelling “You, your sex is on fire” with more than 20,000 strangers? That always proves to be an interesting time.

While any strides forward Kings of Leon may or may not take remain debatable, it’s almost certain that the darkest days lie in the past. This weekend’s Chicago show proved the band’s fans will remain loyal as long as there are Kings to remain loyal to. Isn’t that the point of all of this after all?