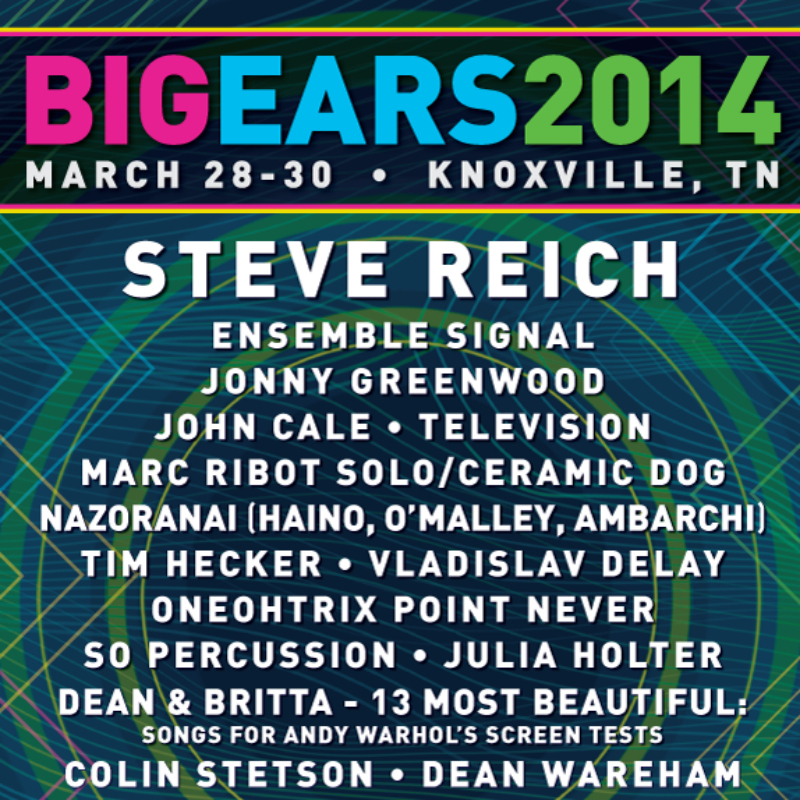 After a four year hiatus, Big Ears finally returned to Knoxville, TN this past weekend. The incredible lineup was particularly special because of its top headliner: Steve Reich. In the festival’s two previous installments, Ashley Capps & Co. delivered some of the most important names in minimalism — from Philip Glass to Terry Riley — though the one act that always haunted each lineup announcement was the pioneering American composer. Finally, those rumblings came true… even if it took four years to become a reality.

The years have been kind to Big Ears, though, as the festival’s spirit remains intact. In my coverage of its 2010 installment, I wrote about the communal vibes that glazed over the weekend, and I’m happy to write about them again. Once more, almost every performer stuck around town to catch the other sets, tinker with fellow musicians, or straight up hang out. Walking around Knoxville’s Market Square, you were just as likely to run into Lonnie Holley or Laraaji or Stephen O’Malley as anyone else.

It felt good to be a part of something so jovial and pertinent. Waiting for Steve Reich in the lobby of the Tennessee Theatre alongside the likes of Julia Holter, Jenny Hval, Dawn of Midi, and Bryce Dessner only heightened the festival’s balmy energy, keeping our minds warm amidst an admittedly soggy weekend outdoors. Between the use of unique locales like the Knoxville Museum of Art to the array of innovative speeches by Reich, Capps, and Mayor Madeline Rogero, Big Ears drenched the thousands of minds present with culture and invention.