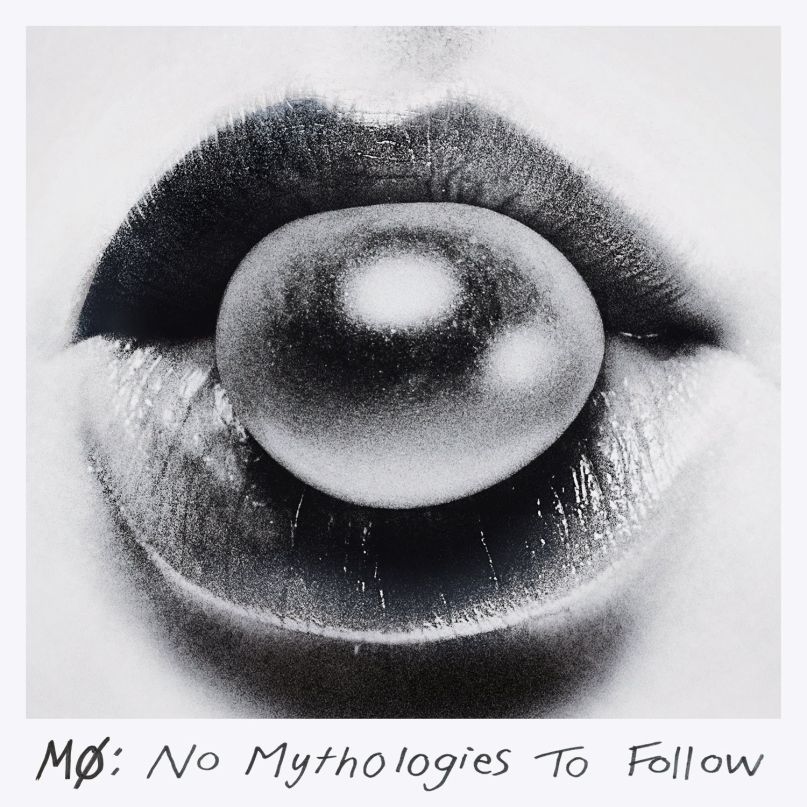 MØ (aka Karen Marie Ørsted) is not a run-of-the-mill pop star. Sure, she hails from Denmark and produces compelling and fresh pop songs like many Scandinavians are wont to do, but there’s an earnestness and a charm to her and her music that’s pretty novel. After all, how many pop stars signed to a major label can lay claim to doing something like being one half of a feminist electro-punk band? What’s more, she began her pop persona, MØ, which is roughly pronounced “muuh” and means “Maiden” in Danish, as an attitude-based vessel for raunchy raps. Eventually, she stopped rapping and began singing, releasing a string of singles in the process. With her relatively unusual backstory, the recent buzz garnered from her singles has made her a welcome success story. With her rising profile, she notched marquee collaborations last year with EDM legends Diplo and Avicii and released a promising debut EP, Bikini Daze.

While a lot of recent pop music has looked back to a golden age (whether that of girl groups, Michael Jackson, or Madonna), MØ’s voracious appetite for sleek, futuristic productions for her hook-happy vocals keeps her music forward-thinking. Like her younger peer, Lorde, MØ’s influences make up an amalgamation of the Internet-savvy taste of the young generation. As she explained in our interview, her musical journey consisted of a childhood filled with Spice Girls pop, teen years spent with Sonic Youth punk, and then finally, hip-hop. Even though her influences are disparate, she seamlessly blends them into No Mythologies To Follow, a polished pop package that boasts bite as well as her refreshingly charming magnetism.

The hyper-modern sounds found on No Mythologies To Follow come thanks to Danish producer Ronni Vindhahl. He’s known for being one half of Copenhagen-based production duo No Wav., whose other half is Rhye and Quadron’s Robin Hannibal. Both were also founding members of Danish collective Boom Clap Bachelors, whose song “Tiden Flyver” was used as the dominant sample in Kendrick Lamar’s “Bitch, Don’t Kill My Vibe”. Working with MØ, Vindhahl would send his beats and Ørsted would send back vocal parts, emailing back and forth to complete each record. That method clearly worked, as he gives her booming, anthemic hooks space to breathe, backing her with jittery drum machine blasts (“Glass”), synth horns (“Pilgrim”), and lush, programmed electric guitars (“Maiden”).

No Mythologies To Follow only feels like it jumps back in time on “Never Wanna Know”. That track employs ‘50s girl group influences, and Ørsted’s voice finds her most lovelorn tone, even containing a decidedly retro spoken word bridge. It’s glittery, dramatic, and along with “Dust Is Gone”, one of the album’s only slow ballads. As a singer, MØ’s defining trait is her personality. Hardly a cookie-cutter pop voice, she’s brash but not abrasive and can be sultry without being hammy. Those songs showcase the versatility of her croon, while also updating the pop ballad form with Vindhahl’s metallic, glitchy production.

The rest of the LP ups the tempo, keeping the record heavy on smart, club-ready bangers. “Waste of Time” is the best example of how enormous Ørsted can sound mixed with Vindhahl’s beats. It’s arguably the best song on the record, an angsty kiss-off of a breakup track with the most adventurous instrumentals on the album. In our interview, she described that track as how during a breakup, “all your emotions are burning up inside.” When she sings, “Why do you always make me cry?/ Oh what a waste of time,” you can hear her conviction. More confusion and unease permeate the album, like on the Diplo-produced “XXX 88”, where she offers what amounts to her thesis statement: “Boy, life is cynical despite my heart of gold.” She pines for the days of her youth on “Glass”, asking, “Oh, why does everyone have to grow old?/ Everyone wonder where the good times go.” For Ørsted, growing up is tough.

However, “Don’t Wanna Dance” looks at the flip side of MØ’s angst-ridden, confused, and heartbroken exploration of youth. Instead, it dives into what she refers to as the “bright side of being young and confused.” It’s the most candy-coated, Top 40-ready fare on the album, and even though she’s better at the dark and sultry future pop, she’s also very good at making lighthearted and carefree radio jams. On the hypnotic “Slow Love”, her voice sounds ethereal, with one of her most memorable hooks soothing over the breezy beat that draws from house, reggae, and dub. She lets go asking, “Why is the rhythm always making me high?”

Perhaps the only complaint is that just five of No Mythologies To Follow’s 12 songs are “new.” “Maiden” debuted in May 2012, and the other six tracks were released either as singles or on Bikini Daze. But that’s not a slight on the quality of those songs or No Mythologies To Follow, as the collection of singles do make a cohesive whole. Rather, the album’s rollout was a bit dragged out, especially considering it’s been nearly two years since the first single dropped. But for those recently exposed to MØ, none of that will be a disappointment.

Though there’s no doubt that MØ’s music falls in line with certain trends in pop music, she’s hardly a bandwagon hopper. Despite seeing shades of Lana Del Rey’s melancholy, Twin Shadow’s textured soundscapes, and even a small tinge of Grimes’ moxie, MØ’s unquestionable charm and personality separate her from the pack. No Mythologies To Follow displays a remarkably singular vision and unparalleled confidence from the unlikely pop star.