Kylie Minogue – Kiss Me Once 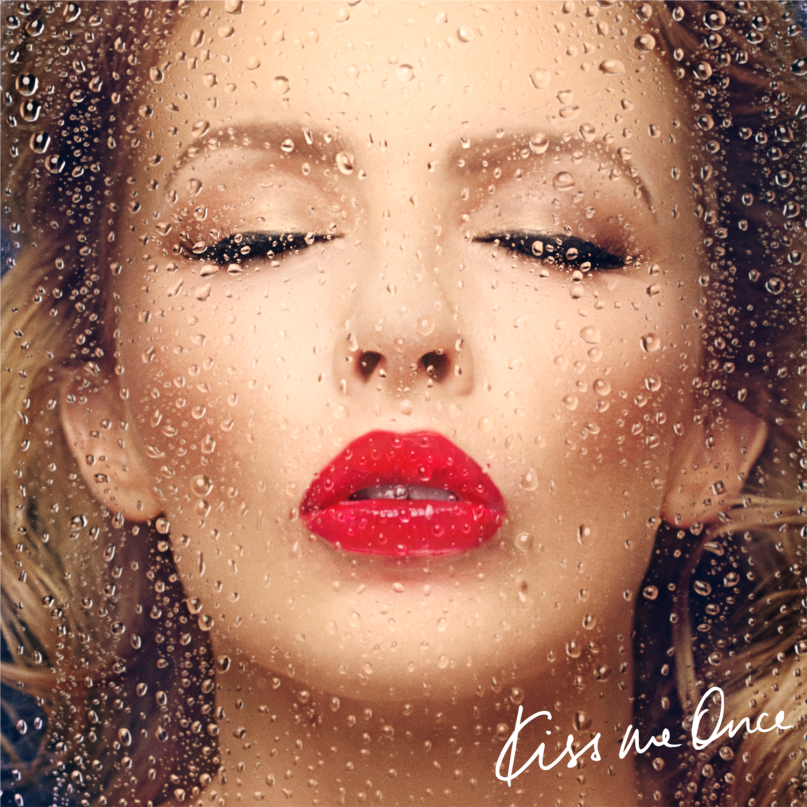 Kylie Minogue has become unstuck in time. She falls asleep in Pharrell’s studio and wakes up on the set of the “Can’t Get You Out of My Head” video. She walks through the door of Studio 54 in 1977 and comes out in the room where Katy Perry’s PRISM sessions happened. She has seen the release and sales figures of this album many times, and she pays random visits to all the musical events that influenced its creation.

Or something. More simply, Kiss Me Once, the Australian pop queen’s first album since 2010’s Aphrodite and 12th in total, is chameleonic. It shifts between tones and genres, between trends and tempos. It’s befitting of an artist who re-popularized “The Loco-Motion” but has also duetted more than once with Nick Cave. This eclecticism yields a booming, fun pop record that is refreshing by not attempting to be anything other, though that same inessentialism keeps the record from reaching transcendence.

Aphrodite hit No. 1 in the UK, but barely cracked the Top 20 in the United States. In early 2013, Minogue, now 45, left longtime manager Terry Blamey and signed a management deal with Roc Nation. The move changes the stable of talent with which Minogue is able to work, and part of the dice-tossed charm of Kiss Me Once is the result of the diverse flavors she picks from her new buffet table: champion songwriter Sia Furler, who serves as the record’s executive producer; the re-energized Pharrell Williams; the terminally underrated MNDR; and kaleidoscopic producer Ariel Rechtshaid, who was last seen with a Grammy for his work on Vampire Weekend’s Modern Vampires of the City.

This translates almost instantly on record as an assortment of left turns. The first half of Kiss Me Once includes a firework pop on opener “Into the Blue”, a serviceable early 2000s Britney throwaway in “Million Miles”, a shot of Pharrell straddling his MIDI funk roots and 2013 Daft Punk cred with “I Was Gonna Cancel”, futuristic rollerskate disco on “Sexy Love”, and some low-key dubstep seduction on “Sexercize”, which knows it’s as silly as its name implies and succeeds by buying into that. The only two songs that remotely resemble each other on the first half are “I Was Gonna Cancel” and “Sexy Love”, which isn’t a problem when Minogue can still crush this sort of disco-influenced dance pop.

There are three songs here that explicitly mention sex in the title — “Sexy Love”, “Sexercize”, and “Les Sex”. While this grouping is more blatant than most of Minogue’s catalog (which has always adhered to the coy side of sexuality), this is not Minogue’s Beyoncé. At no point does she ask the listener to let her put her ass on you. Instead, those three songs — which might be the album’s three finest — dabble in sex with no more or less intensity than any chart-topper that finds two people in a bed together.

The record’s second half is less boisterous, and while it maintains the entrepreneurial spirit, it loses its momentum. “Feels So Good” is a slight but bouncy number that seems to ride deftly on little else besides a pocket of air and Minogue’s delicate vocals. “Les Sex” has a distinctly ’80s bounce to it. It’s a fun dance floor filler to be sure, but it skirts referentialism at times. The Enrique Iglesias duet “Beautiful” is a pure ballad, and it’s pretty in its Bon Iver “Woods”-style intentional abuse of AutoTune — but it’s ultimately empty.

Kiss Me Once ends on “Fine”, which kind of redeems the record’s backslide. A Eurodance number as filtered through the synths of James Blake and the minimalist pulse of Hessle Audio, its soaring chorus is understated but wonderful. It’s the most forward-thinking cut on an album that bounces between decades with all the control and restraint of the similarly unstuck in time hero of Slaughterhouse-Five, Billy Pilgrim, and it leaves listeners with Kiss Me Once anchored in the idea of future. As she comes up on 30 years in the music business, the future is a good place for Kylie Minogue to be moored.

Essential Tracks: “I Was Gonna Cancel”, “Sexercize”, and “Fine”