Watch: Will Smith and Jimmy Fallon dance the Carlton and other hip-hop dance moves 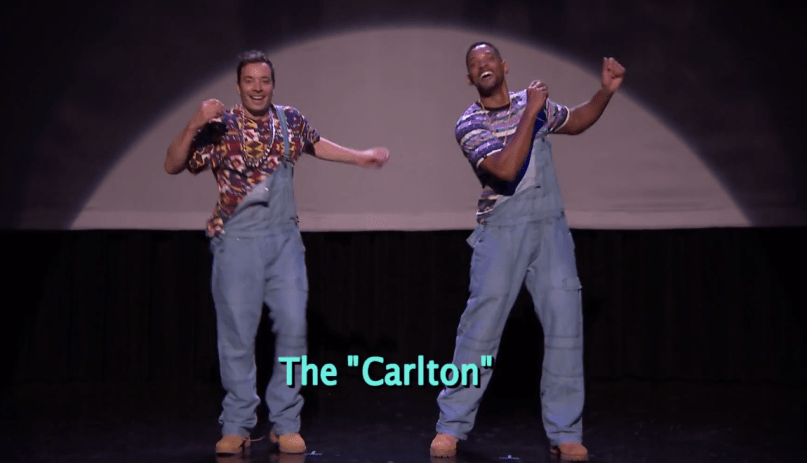 Love him or hate him, Will Smith has never shied away from his Fresh Prince roots. Last year, Smith reunited with Carlton (Alfonso Ribeiro) during an appearance on The Graham Norton Show and rapped The Fresh Prince of Bel-Air theme song. While Ribeiro was nowhere to be found during last night’s inaugural episode of The Tonight Show Starring Jimmy Fallon, Smith executed the Carlton to perfection during a sketch dubbed “The Evolution of Hip-Hop Dancing”.

In all, Smith and Fallon revisited over two dozen classic techniques, including the Cabbage Patch, the Robot, the Steal the Face, the Wop, the Kid ‘N Play, the Biz, the Stanky Legg, the Doggie, and the Twerk. Watch the replay below.