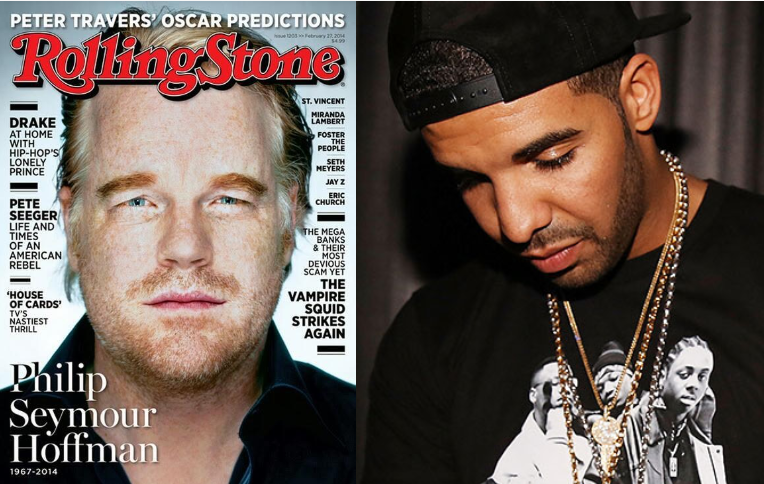 Yesterday, Drake made some choice comments about Macklemore and his text message to Kendrick Lamar in the wake of the 2014 Grammy Awards. Turns out the interview was part of a larger feature story on Drake, which was to be the cover of this week’s Rolling Stone. But at the last minute, Rolling Stone instead went with a cover honoring actor Philip Seymour Hoffman, who tragically passed away earlier this month.

How do we know all this? Drake himself revealed it on Twitter: “[Rolling Stone] took my cover from me last minute and ran the issue, he wrote. “I’m disgusted with that. RIP to Phillip Seymour Hoffman. All respect due. But the press is evil.”

Drake also wasn’t pleased with apparent comments he made regarding Kanye West’s latest album, Yeezus. According to Complex, Drake is quoted as saying, “There were some real questionable bars on there. Like that ‘Swaghili’ line? Come on, man. Fabolous wouldn’t say some shit like that.” However, Drake disputes the quote, writing on Twitter, “I never commented on Yeezus for my interview portion of Rolling Stone.”

Drake ended his brief Twitter diatribe by pulling a Kanye and announcing his intention to boycott print publications. “I’m done doing interviews for magazines. I just want to give my music to the people. That’s the only way my message gets across accurately.”