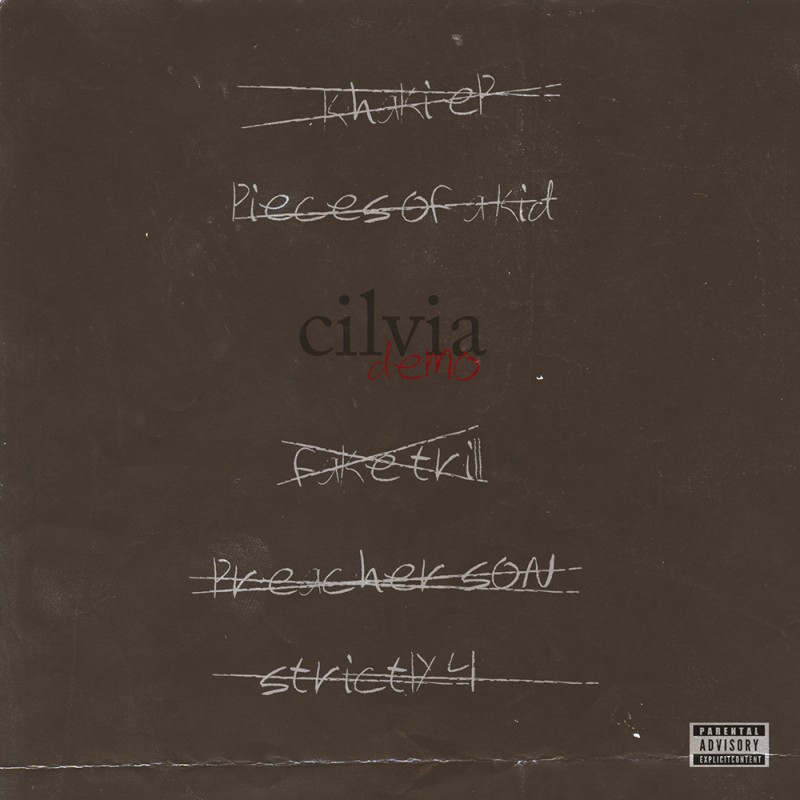 Props to the good people at Top Dawg Entertainment for finding their fifth starter, Isaiah Rashad, in a place nobody else was looking. Chattanooga is known for a few things, probably (nothing springs to mind, honestly), but rap has never been one of them. Despite being just a couple hours northwest of Atlanta, Chattanooga has only recently been placed on the genre’s map thanks to the native it has in Rashad. The fact that the 22-year-old gets to do so from a flight deck as large as Top Dawg’s always meant that, when the time came, he’d have a sizable audience of open-minded listeners to devour his debut project. And Cilvia Demo, for all intents and purposes, is that project. The 14-song effort is comparable to Kendrick Lamar’s 2011 Section.80 in its detail and vision — here’s a gleamy-eyed freshman swinging for the fences while only making a couple of rookie mistakes — but it’s a more mature and more memorable work, all told.

The best song on Cilvia Demo is called “R.I.P. Kevin Miller”, which scrounges its half-mumbled hook from Master P’s 1997 “Weed & Money” (“Y’all live for bitches and blunts, we live for weeed and money”) and its name from P’s younger brother, shot dead in ’95. Rashad is on record saying Percy Miller is the man who got him into rap as a kid, and that combined with the fact that his TDE precedents (Kendrick Lamar, Ab-Soul, Jay Rock, and Schoolboy Q) are West Coast through and through means Rashad reflects basically everything happening in rap today. But while Cilvia covers a lot of ground geographically, it’s even more chronological. Portions are set in the past — Rashad remembers his first car, the Huffy that was his transportation before that, and, most surprisingly, his young days as a cutter — but it’s consistently deeper than most memory lane raps. The in-all-ways-OutKast-inspired “West Savannah”, essentially a love song, is the best tribute to the Atlanta duo in light of their pending reunion tour. Rashad has an easy melodic way about him to go along with his congeniality (those things aid each other, of course). On “West Savannah”, that combination keeps things from ever getting too sappy.

Before joining TDE, Rashad was living a deeply unsatisfying “retail” existence; highlights of his day, as told here, included the three-for-a-dollar special on bags of Flamin’ Hot Cheetos at the local gas station. Fittingly, much of Cilvia comes from a pervading sense of stagnation. When Rashad talks about the drug trade — mostly the peddling done by others, like his brother — it’s depicted as an honest-enough but ultimately dead-end blue collar gig. On songs like “Tranquility”, he reminds of a conversational Kendrick: “Some of us shooters and some of us lovers/ I see the sum of it all, I’m running for cover.” For all the perplexity, though, Rashad’s transition from working class antihero to next-up MC is mostly seamless (he can be terrible in loverman mode: “I got four white girls all Aryan/ I wonder what their daddy think”).

Jay Rock and Schoolboy Q appear on the blissed-out “Shot You Down” remix, the finale here, and they’re Cilvia’s sole reminder that Rashad is an underdog at Top Dawg for now. “Ain’t shit changed but the coast we adopted,” he raps on “Ronnie Drake”, alluding to his membership in TDE alongside the four Californians that make up Black Hippy. The TDE member Rashad most resembles is indeed Kendrick, due to their similar vocal mannerisms and the on-your-side lyrical aesthetic both share with their listeners. (Reminder: No future recruit will ever rival Ab-Soul’s virtuosic sketchiness.) At any rate, Rashad sounds like he belongs. He’s touched down on his own terms, and he’ll be sticking around for a while.