Angel Olsen – Burn Your Fire For No Witness 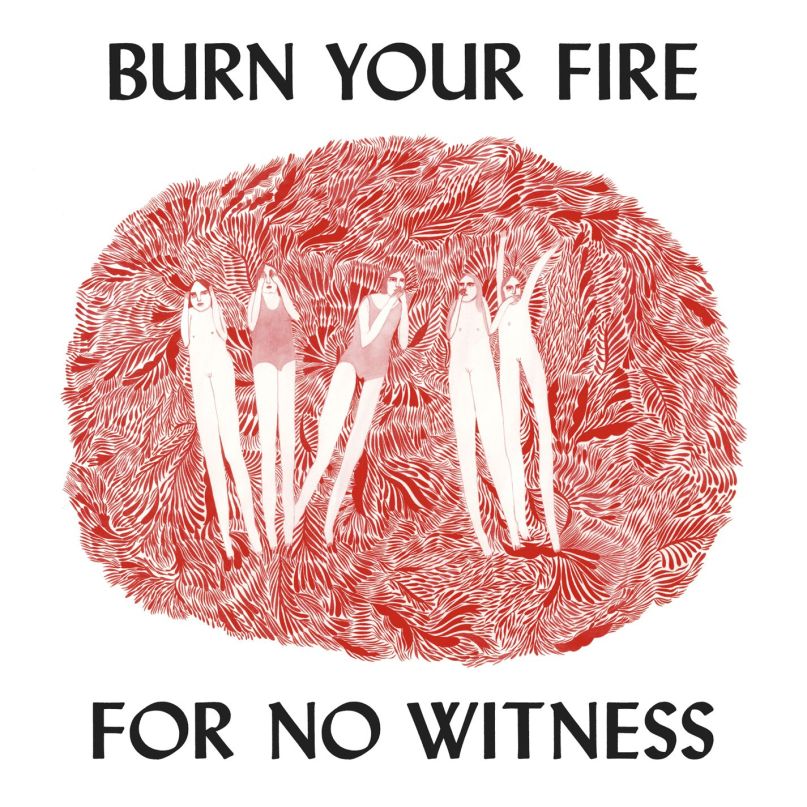 It’s tough to pigeonhole Angel Olsen as a singer/songwriter, as her short career has been defined by the unexpected. Even before Olsen’s auspicious full-length debut, Half Way Home, she took a break from her own music to tour with Bonnie “Prince” Billy, debuting as a member of The Babblers. With that group, she dressed in pajamas, shrieking punk rock covers of Kevin Coyne and Dagmar Krause, as well as performing Bonnie “Prince” Billy songs as a member of The Cairo Gang, with a remarkable vocal turn on Wolfroy Goes To Town cut “Time To Be Clear”. That experience, paired with developing her songwriting chops in the varied musical landscape of Chicago, has shown that she’s willing to take chances, to be unorthodox. Returning with the staggering Burn Your Fire For No Witness, she’s laid out her wide-ranging influences with an entirely refreshing release. Billed as “a collection of songs grown in a year of heartbreak, travel, and transformation,” Olsen’s sophomore LP is an astonishingly graceful, open, and engaging offering filled with intimate and unflinching songs.

Indeed, 2013 was a transitional year for the singer/songwriter. Earlier that year, she signed with the prominent indie label Jagjaguwar, after a lengthy stint with her friend’s label, Bathetic Records. Additionally, she moved from her longtime Chicago home to Asheville, North Carolina, leaving the Second City behind for trees and clear skies. She had also formed a band, enlisting her former cafe coworker Josh Jaeger to play drums and Stewart Bronaugh to play bass. Together, the trio went to Asheville to record with producer John Congleton, which was Olsen’s first time working with an outside producer. Fortunately, these changes suited her, as the offerings on Burn Your Fire nearly uniformly sound natural.

Much has already been written about Olsen’s captivating voice, which echoes the melancholy warble of the late Jason Molina, and the hypnotic, crystal clear pipes of 1970s Emmylou Harris. On this album, her voice’s far-reaching versatility impeccably matches each song. Whether it’s her Patsy Cline twang on “Lights Out”, her whispery coos on the sparse “Enemy”, or her ethereal, siren-esque tone on closer “Windows”, Olsen’s agile, otherworldly croon marvels and shakes.

However, it’s her honest lyrics that carry the album, with heartbreaking, insightful lines revealing themselves on each listen. Lines like “If all the trouble in my heart would only mend/ I lost my dream I lost my reason all again” on “Unfucktheworld” capture the isolation, loneliness, and frustration resulting from toxic and dead relationships. There are also glimmers of self-aware humor that bite with the personal nature of the album. On single “Hi-Five”, over spurts of grainy fuzz, she answers her own question, “are you lonely too?” with “hi-five! so am I.” Olsen continues to pin-point these emotions with clarity on the immensely cathartic “Stars”: “I feel so much at once that I could scream.” It’s a line that could serve as the thesis for the entire record.

Sonically, Burn Your Fire features churning, rock-oriented material. Lead single “Forgiven/Forgotten” blitzes with overdriven electric guitars, diving into the sonic trajectory Olsen hinted at with her 2012 single, “Sweet Dreams”. Mixed with Olsen’s loud delivery, the incessant pounding of the guitars, and the flaring kick drum, the track’s two minute runtime brings it close to punk territory. “High & Wild” tones down the chugging guitars but builds up with twinkling keyboards and Olsen’s frustrated, escalating voice. Though the songs are beefier, Congleton’s production never takes away from the character of the material, letting Olsen and her band breathe. Even with the distorted guitars, Burn Your Fire For No Witness is hardly a punk album, let alone even a rock album.

Songs like “Enemy” and “Unfucktheworld” feel like the most natural successors to Half Way Home — they’re minimal, just Olsen and her guitar, but the fire in her voice and the crackling atmosphere make the emptiness beautifully affecting and stark. “White Fire” is another one of these tracks and serves, along with “Enemy”, as the emotional centerpieces of Burn Your Fire. “Everything is tragic, it all just falls apart,” begins “White Fire”, Olsen tragically incanting over her trudging, fingerpicked electric guitar. The song echoes the lyrical poetry of Leonard Cohen, and Olsen’s haunting mantra of “fierce and light and young” creates a somber, stunning song. The lightly-strummed acoustic “Enemy” reaches the resonance of “White Fire” as well: “We might be older now, but is it changing anything?”

These songs brilliantly work as protests against the turmoil of everything changing. In our recent interview, Olsen described that feeling, which permeates throughout the record: “It sucks [that] nothing is going your way, and you can’t have everything you want, but then life wouldn’t be life.” For Olsen, there’s profound beauty and uncomfortable truth in the soul-sucking muck of heartbreak and not quite figuring things out. With the stunning Burn Your Fire For No Witness, she deftly captures the terrifying dread of being in limbo, stuck in the sludge of a transitional period. But even with the existential doubt, the loneliness, and the angst, there’s still a resilient beacon of hope: On “Windows”, Olsen offers a call to “throw our shadows down,” asking “what’s so wrong with light?” The hope is here too. On “Lights Out”, she offers a treatise. “Just when you thought you would turn all your lights out, it shines/ Some days all you need is one good thought strong in your mind.”