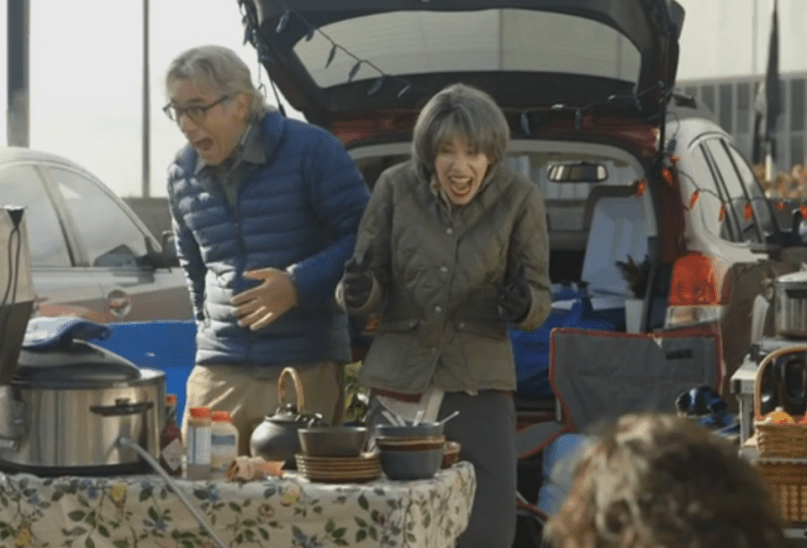 Season four of Portlandia premieres February 27th and once again promises a host of big guests, including actors Steve Buscemi, Olivia Wilde, and Jason Sudekis and A-list musicians like Josh Homme, Jeff Tweedy, and St. Vincent. As a sneak peak, the show has revealed a sketch from one of its upcoming episodes.

The clip follows Malcolm (Fred Armisen) and Kris (Carrie Brownstein), one of the comedy’s awesome recurring couples, as they host a “wild” tailgating party a few hours before a Prairie Home Companion show at the Rose Quarter arena. (Because of course they would).

As to be expected in the land of Portlandia, tailgating for this middle-aged bunch isn’t so much about hot dogs and kegs than it is about homemade onion soup, “illegally” brewed organic tea, and getting hella turnt up to country music. Sounds like my kind of shindig.

If this bit tickles your fancy, you’re in luck. The “Prairie Home Companion Tailgating” sketch has been fleshed out and turned into a series of four webisodes. Watch the original clip below and all the websiodes over at EW.com.