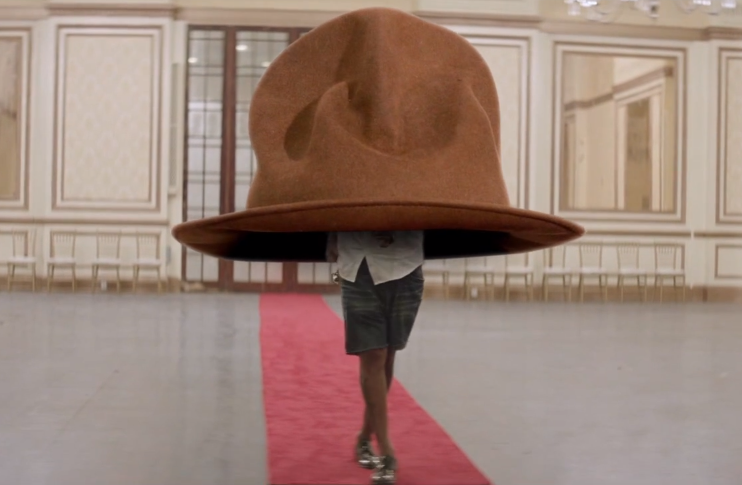 There were a lot of moments from the 56th Grammy Awards that had the Internet in a tizzy, from Macklemore’s sweep, to Trent Reznor/Dave Grohl/QOTSA/Lindsey Buckingham being cut off, to the mystery of Daft Punk. But high above all the Taylor Swift and Yoko Ono gifs stood Pharrell Williams’ Canadian Mounty-esque hat. The stunning stetson was instant meme fodder, and now Pharrell himself is jumping in on the self-deprecating humor.

The multi-Grammy winner uploaded a clip entitled “Hatty” to his iamOTHER YouTube channel. A simple repurposing of a segment from his “Happy” 24-hour video, the clip brings 10 gallons of joy in a mere 30 seconds. It’s an oversized hat; it’s funny because it’s bigger than a, ya know, normal hat.