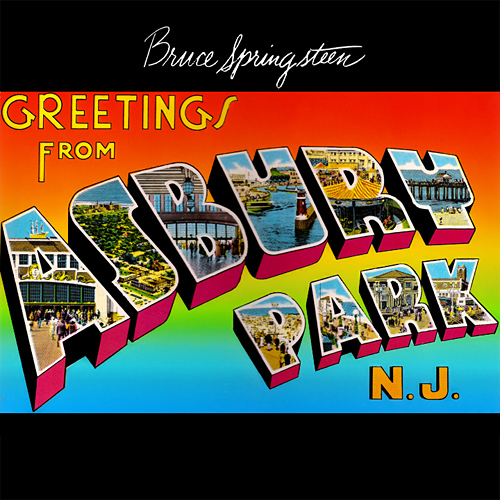 At some point or another, all of us have plead musical ignorance. No matter how hard we try, there’s always one album that slips past our eardrums, that embarrassing void inside our personal music library. Even writers here at Consequence of Sound have missed out on legendary albums loved the world over. But what good would we be to not correct that mistake? It’s a feature we call, Wait, You’ve Never Heard.

At Lollapalooza 2012, jogging between Sigur Rós and something else, I caught five minutes of a Gaslight Anthem set that would change my musical life.

The song was called “The Backseat”, it turned out later, and how it could resonate inside my spine even though I’d never heard it before I never did figure out. But it sent me back to The ’59 Sound, an album recommended to me by a colleague here at CoS that I’d never really given its due (h/t to Mr. Caffrey). A year and hundreds of repeats later, I’d run through every Gaslight album in existence, and I was still craving that sound. Finally, it occurred to me that for romantic Americana rock, there’s supposed to be no one like the Boss himself, so I got myself a copy of another long-neglected album, Born in the USA, on vinyl.

Now, it’s been well documented elsewhere on this site that I came at my musical education backwards. I got into music writing in a straightforward fashion: I love music, and I love writing. I do try to stick with what I know well, which is why you’ll hear me talking quite a bit about acts like Sublime and Saves the Day, less so about Kanye and Zeppelin. But I’m also an educator (shout-out to my people in English 101!), and I believe that we should never be afraid to learn. Part of learning is, necessarily, admitting what we don’t know.

Dignity aside, then, I threw myself into Born and discovered that I actually knew most of the songs already. What really struck me were the in-between songs, the ones you don’t hear on the radio often anymore, particularly the moody “I’m on Fire”. Just over two minutes long, tense, and close, and almost whispered in places, breathed rather than sang, “I’m on Fire” is a soft spot on an otherwise fairly macho record, and finding lines borrowed or embellished by Gaslight is only part of my obsession with it. The glissando and chorus that follow to introduce “No Surrender” buoy the spirits back up in a way I rarely experience in pop music today. It’s particularly effective on vinyl, the depth of sound drawing the ear to the sax solos, the handclap percussion, and the vulnerability hiding just behind the surface of Springsteen’s voice. Needless to say, I was hooked.

When I get hung up on a record, it’s a process, a searching and savoring. Sure, there’s new Springsteen, but there’s only so much vintage Bruce out there, and I don’t want to waste it. I want to live inside, and taste it, and know it thoroughly, all before I take another bite. So, even though I grabbed Greetings from Asbury Park, N.J. six months ago when a used copy came into my local record store, I’ve been saving it this whole time. Wait — it’s 2014 and I’ve never heard Asbury Park?! It’s true, and for you, dear reader, I am documenting the experience.

The first song seems familiar (Hey, I’ve made it this far spoiler-free. I see no reason to ruin it by reading the liner first). It wants to break open, to become something I know, but it doesn’t until — here, the chorus — it’s “Blinded by the Light”. This is such a bedrock song for me that it never occurred to me to wonder who sang it or where to find it. I called my mom during this story to ask her why she’s never been much of a Bruce fan, since she laid the foundation of my early music knowledge, and it turns out “Blinded” was the only song she remembered by name — although I think we’re both more familiar with the Manfred Mann’s Earth Band cover version.

I’ve heard “For You” as bad karaoke so many times that I never realized it was Springsteen at all, and “Spirit in the Night” rings a bell as maybe something I liked on the ‘70s radio station as a kid (pre-Internet! How did we live before we could Google song names?). Other than that, Asbury is a new friend. When Clarence Clemons’ familiar sax wail pipes in, though, it feels like déjà vu, meeting a new friend who reminds you so much of a dear one. That instrumentation — well, that and Bruce’s inimitable vocals — connect the sound of the less poppy Asbury to Born in the USA, and it’s interesting to hear this record in that context, a portrait of the artist as a younger man.

On the first few listens, “Does This Bus Stop at 82nd Street?”, “Spirit in the Night”, and “Saint in the City” grab my attention the most. I’m tempted to start hitting repeat, but the record player stops me from fiddling too much. I can already tell this is going to be an important album for me, though.

I love that the LP sleeve has the lyrics printed all over it; it’s gratifying to read Springsteen’s rock ‘n’ roll poetry in its native format. “The Angel” runs a bit slow for me, but reading the lyrics deepens my sense of how very much Gaslight Anthem owes to the Boss, not just musically but thematically and across their catalogue (in addition to The ’59 Sound, there’s plenty of Sink or Swim here, all this talk of saints, and angels, and dancing in the night).

“We’ll pick up Hazy Davy and Killer Joe/ And I’ll take you all to where the gypsy angels go,” goes one verse of “Spirit”, and I’m wishing Jack Kerouac had lived long enough to hear this record. There’s a weary optimism that endures here, particularly on “Does This Bus Stop at 82nd Street”, that is the very essence of Americana: “Man, the dope’s that there’s still hope.” Tragedy and confusion may be endemic in Springsteen’s narratives, but there’s a twisted sense of beauty amidst all the chaos. After a gang fight in “Lost in the Flood”, “somebody said, ‘Hey man, did you see that? His body hit the street with such a beautiful thud.’”

Greetings from Asbury Park, N.J. is exactly what I was hoping it would be: more openhearted rock ’n’ roll from the man who helped define the genre. Luckily for me, there’s plenty more where this came from.