Video: Macklemore & Ryan Lewis performed at Grammys, 34 couples got married, and Madonna showed up for some reason 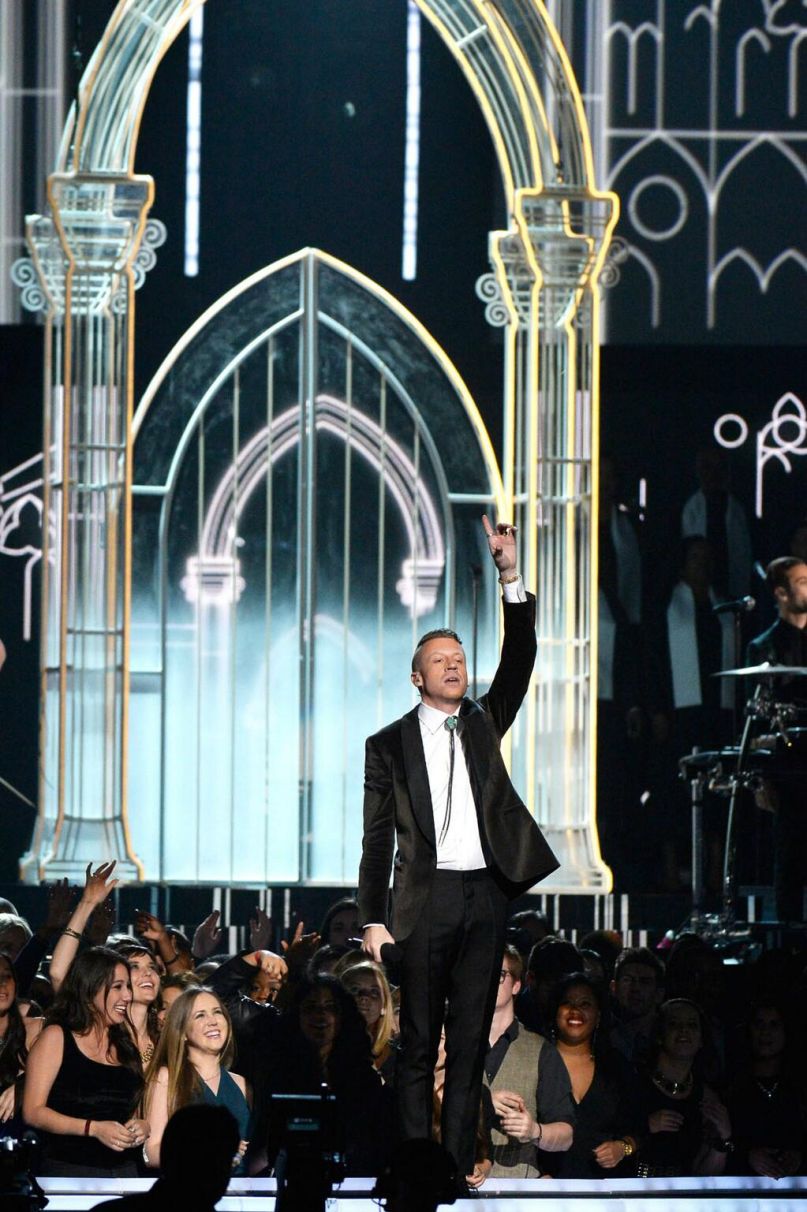 Macklemore and Ryan Lewis began their their Grammy day by sweeping the rap categories, beating out Kanye West, Kendrick Lamar, Drake, and Jay Z. Then during the televised portion, they won Best New Artist and quite literally shared their wellspring of love, as a 34-couple wedding officiated by Queen Latifah was held during their performance of “Same Love”. And because no wedding’s complete without that awkward friend/relative, Madonna made a cameo appearance to perform “Open Your Heart”. Catch the replay below.

For a complete list of Grammy winners, click here. Watch other Grammy performances, including Beyoncé and Jay Z, Paul McCartney, Kendrick Lamar, Metallica, Lorde, and Dave Grohl with Nine Inch Nails and Queens of the Stone Age, by clicking here.