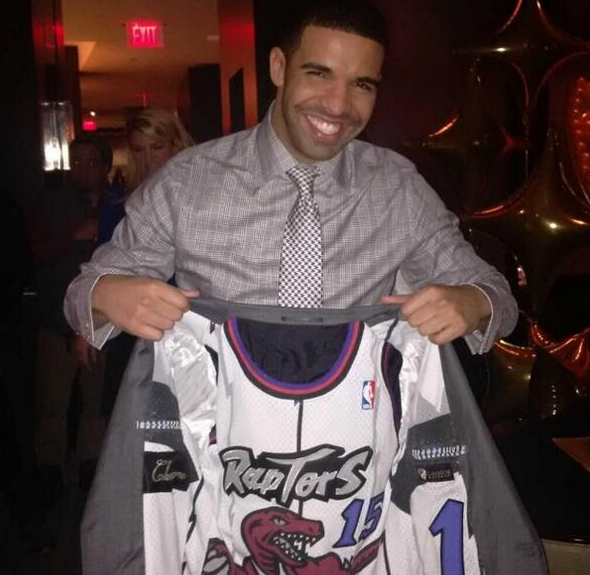 Toronto Raptors honored their new “global ambassador”, Drake, during Saturday night’s game against the Brooklyn Nets. Attendees of “Drake Night” were given an exclusive Raptors t-shirt featuring Drake’s trademark OVO owl, imprinted in his label’s black and gold colors (which the Raptors may soon be adopting). What’s more, Drake himself was in attendance and introduced the Raptors’ starting lineup, while his DJ, Future the Prince, performed during halftime.

Drake gave a pre-game press conference where he spoke about the honor and his role in the Raptors organization: