Toronto Raptors consider changing team colors to black and gold, because of Drake 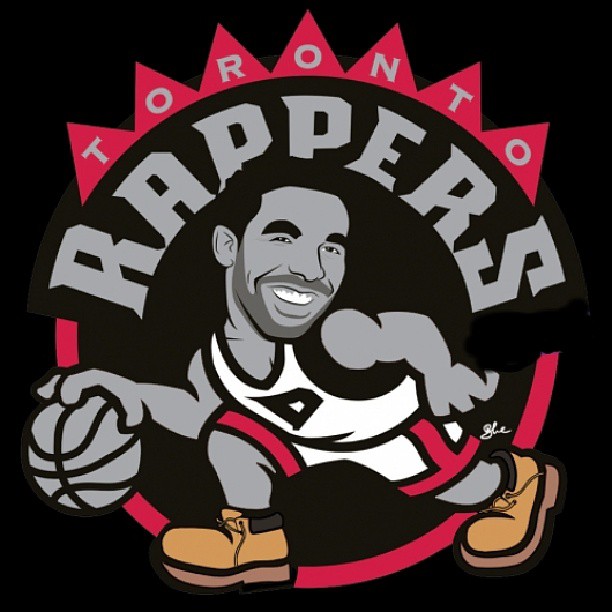 Last September, the Toronto Raptors named Drake as their “global ambassador” as part of their ongoing rebranding campaign. The basketball team’s already dubbed the January 11th game against the Brooklyn Nets “Drake Night” as a tribute to their hometown hip-hop star, but it seems Drake’s presence may not stop there.

According to the Toronto Star, team officials are considering changing their jersey and logo colors from red/black/white to black and gold, inspired by Drake and his OVO label. If the black-and-gold scheme is chosen, the color swap would take effect just in time for the 2016 NBA All-Star festivities, which are set to take place in Toronto.

A reporter close to the rebranding deliberations weighed in:

“You know how they are working on the ‘re-branding’ of everything to do with the [Raptors], right? Maybe new colours, maybe a new logo, maybe all kinds of things different for the 2015-16 season. Well, how about this: Black and gold. Now, I’m not suggesting it’s a done deal and a lot of different people and companies are coming up with a lot of different looks and styles but I was told on the weekend that black and gold is definitely something being considered. … This is by no means a done deal and there is still time for them to tinker and change and do whatever they have in this grandiose [plan] to re-invent the organization.”

It’s a totally plausible move for the team, given Maple Leaf Sports and Entertainment president Tim Leiweke thoughts on Drake’s “global ambassador” role. “Drake will be an ambassador and help us forge this new vision, this new buzz, this new excitement for where we’re taking this organization,” he said back in September. “[Raptors GM] Masai [Ujiri] and I sat down and talked to [Drake] about what he views our image and our brand ought to be. I think he sees the world the same way we do, and I think we want to activate him in the thinking of what kind of buzz, what kind of brand, what kind of logo, and what kind of future we create for this organization going forward.”

Though the Toronto Raptors currently lead the Atlantic Division of the NBA with a 15-15 record, they’re not much of a household name, like the Lakers, Bulls, or Heat, so a rebranding and marketing stunt like this could possibly do wonders for the team’s PR.