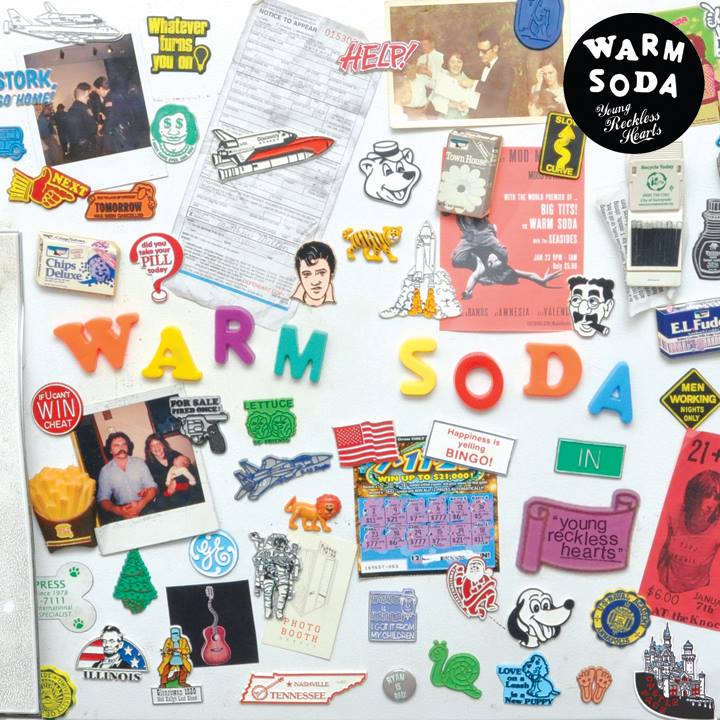 Back in 2012, ex-Bare Wires frontman Matthew Melton started a new band in Warm Soda, which saw him combining his standard power-pop model with elements of glam and garage rock. The result of that aural experimentation was last March’s Someone For You, a sweltering barrage of ginormous hooks, prickly power chords, ’70s rock theatricality, and barroom romanticism.

On March 11th, Melton and Co. will release their sophomore LP, Young Reckless Hearts, which they recorded at their own Fuzz City Studios in Oakland. For a taste of the 12-track effort, the band’s unveiled “When Your Eyes Meet Mine”. Sounding like a T. Rex cover band playing from their mother’s basement, the group lay down a chunky groove of lightning-fast guitar and jagged drums. But under the layers of fuzz rests the song’s heart: a simple romantic declaration about falling in love and being unafraid to swoon openly.