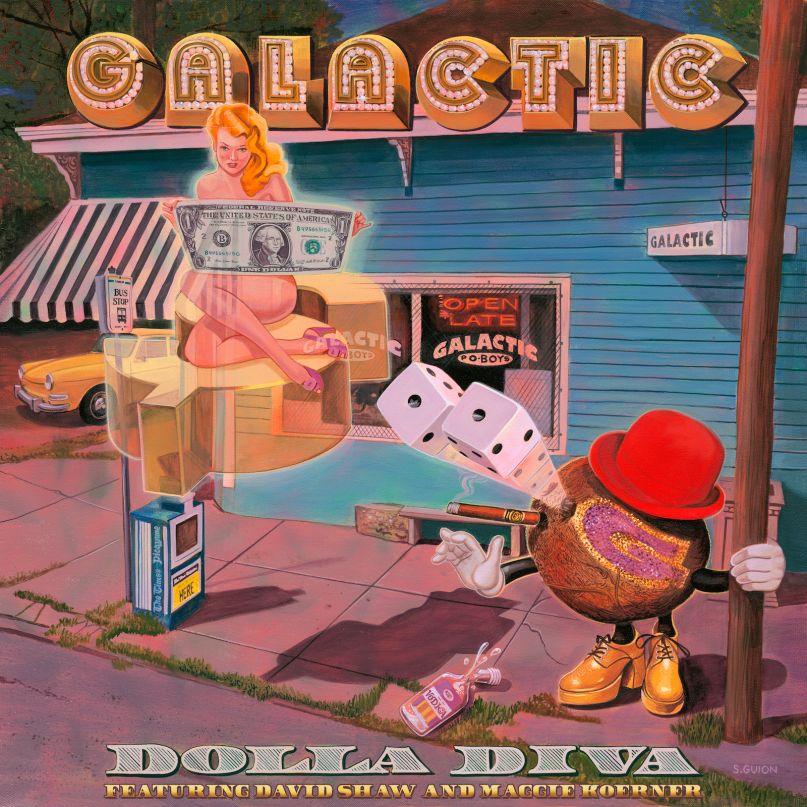 In the grand tradition of jam bands, acts such as Phish, moe., and Widespread Panic serve as the benchmark for wayfaring road warriors. But there’s another, slightly less prominent group that’s been just as prolific for just as long: New Orleans jazz-funk band Galactic. Since forming in the early ’90s, the quintet has played countless shows, reguarly alongside the likes of The Roots, B.B. King, The Allman Brothers, Aaron Neville, and Living Colour’s Corey Glover. (Glover’s since taken on a regular position as vocalist). Add on to that a new album nearly every year — most recently 2012’s Carnivale Electricos — and it’s clear Galactic are profoundly vital to the jam band culture.

While there’s no word yet of a new record, the collective’s maintaining a regular touring and release schedule. Later this month, they’ll embark on a massive US tour, and with that announcement comes a brand new standalone single entitled, “Dollar Diva”. Building on the primal and often celebratory vibes of Carnivale Electricos, the band blends together a funky bassline, steady jazz-inspired drums, and Afrobeat guitar for a groove as rich and pulsating as it is worldly. Enhancing that raw energy is the layers of harmonies, with The Revivalists frontman Dave Shaw’s sing-rap style, like a bluesier version of early ’90s Anthony Kiedis, an alluring match for Maggie Koerner’s lusty choruses.