Letterman flips out after watching The Orwells perform on Late Show 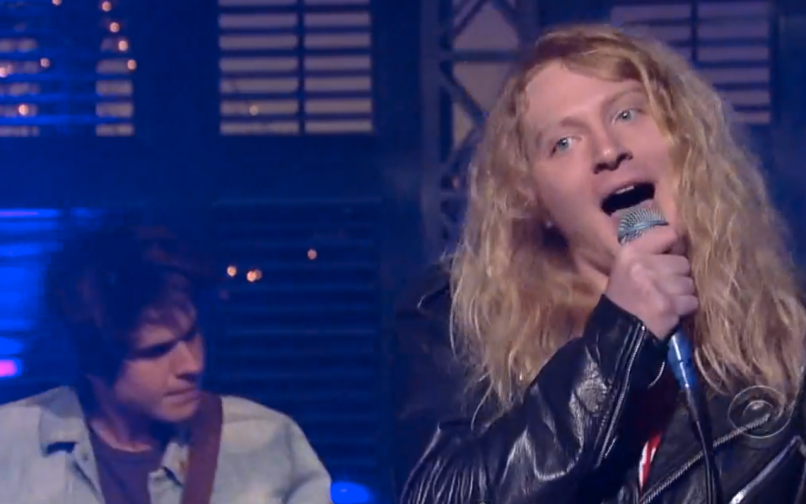 David Letterman has a thing for high-energy garage-rock bands who pour their heart out onto the Late Show floor. Dave’s reaction to the 2013 performance delivered by Cage the Elephant instantly became something of Internet legend, and now he’s done it again. Last night, Chicago-based rockers The Orwells made their network television debut on the Late Show, performing the rollicking title track off their latest EP, Who Needs You. The youngsters brought the energy, led especially by singer Mario Cuomo, who spent a majority of the performance looking like a demented psychopath:

He also spent a good portion of the performance crawling around the floor:

At one point, Mario got so winded he had to take a breather on Letterman’s chair:

Letterman was so impressed, he asked for an encore and began chanting, “Come on!”:

Fallon may have the most consistent lineup of musical guests, but at 66 years young, David Letterman has become the biggest cheerleader.

The Orwells will look to follow up their monumental night by setting out on an extensive tour beginning later this month. Check out the full schedule, including a just-announced leg of dates in March, below: