Dissected: Stephen Malkmus and the Jicks 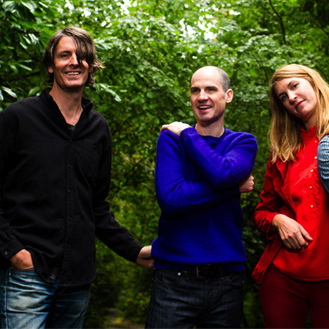 Welcome to Dissected, where we disassemble a band’s catalog, a director’s filmography, or some other critical pop-culture collection in the abstract. It’s exact science by way of a few beers. This time, we sort through the best and worst of Pavement’s shaggy mastermind.

At 47 years old, Stephen Malkmus remains one of the more enigmatic figures of indie rock. Read any profile or review of the frontman and you’ll find some variation of Malkmus descriptor Bingo: “laid-back,” “slacker,” “sarcastic,” “quick-witted,” or “detached.” Those portrayals aren’t surprising given he founded Pavement (one of the most important indie rock bands ever), is often a cerebral, if occasionally self-contradicting interview, and has been spouting inscrutably surrealist, lyrical images throughout his 25-year career. Also, he’s always been one of the most faithful proponents of guitar music, rarely cutting out the jams and solos.

After the long-rumored and inevitable breakup of Pavement in 1999, Malkmus went solo, recording and performing with the help of his new band, the Jicks. Nearly 14 years later, the Jicks have outlasted Pavement’s turbulent 10-year tenure. With five studio albums under their belt and Wig Out at Jagbags about to drop with Jake Morris of the Joggers now on drums, here’s a look at Stephen Malkmus and the Jicks’ output minus all the Pavement nostalgia.If you’re new to Malkmus, Jesus Christ, why haven’t you listened to Pavement yet? If you’re new to his solo career, this dissection should help you get started.