The Alchemist – The Cutting Room Floor 3 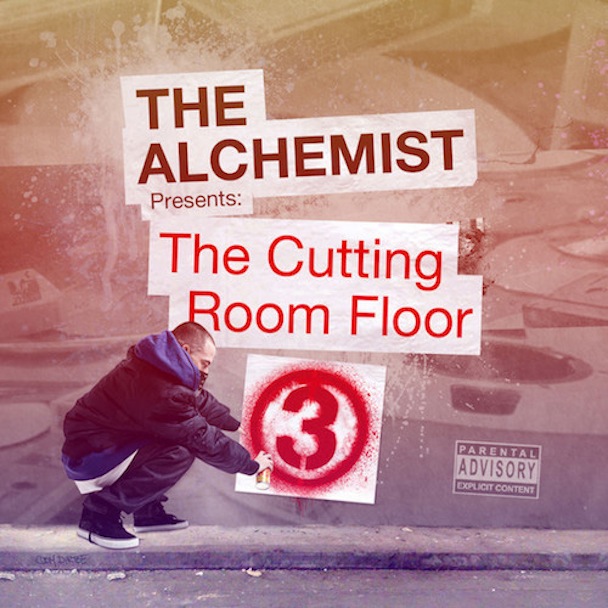 You’re pretty much guaranteed a good time in an album by The Alchemist, especially one with a tracklist as stacked as the one found on The Cutting Room Floor 3. This isn’t canonical type of entertainment, however. Like a majority of The Alchemist’s work, The Cutting Room Floor 3 feels like more of a sidestep, one with its fair share of golden bricks to marvel at built into its alleyway.

Talking about The Alchemist’s production in a review feels just short of merely obligatory at this point; whatever the circumstances, he’ll maintain his machine-like consistency. The DNA on this outing is still definitively East Coast, and the beats remain amorphous and are mellifluous in the way they weave in and out of tracks and bizarre skits (Mr. T and AIDS make appearances). These aren’t ambitious instrumentals by any means — a majority of them don’t even sound of this decade — but there’s a certain thrill to be found within their repetition. The Alchemist’s collaboration with Nas doesn’t reach the heights of “U Gotta Love It” on “Too Late”, but there’s a sleezy, grimy, ‘90s New York fervor within the descending synths that feels unsafe.

A sense of danger is appealing for the typical rap fan, and The Cutting Room Floor 3 seems to borrow bits of that aura throughout. The collaboration with Mobb Deep, “How It Goes”, feels like it could’ve very well come from the mid-’00s, Dipset/We Invented the Remix-era radio, complete with your standard female singer on the hook. It actually sounds more nostalgic than outright outdated, though. The Alchemist audibles to set the tone for real bad guy rap — gunshots and all — on Kool G Rap’s “Problems”, and later takes it back to ‘70s funk on “Perfectionist”, featuring Meek Mill and Rick Ross.

Perhaps one of the more surprising aspects of The Cutting Room Floor 3 is that the song featuring Meek Mill and Rick Ross ended up being one of the mixtape’s best, despite the heavily stacked features. It’s another drug rap, but the performance is symbiotic. The beat sounds like wealth, the duo sharing the space effortlessly over a fusillade of punchlines. A majority of the remaining lineup sounds woefully bullheaded in their approach in juxtaposition to The Alchemist’s creativity. Mobb Deep, Havoc, and others spit the same street talk you’d expect, which is fine, but who remembers verses for simply meeting expectations. It also doesn’t help that a number of these tracks were already heard on the Internet in some form. Both of Raekwon’s verses can be heard 2010’s Cocainism Vol. 2. That said, The Cutting Room Floor 3 works as more of an exhibition of The Alchemist’s solid handle on minimalism and versatility. Now he just needs rappers to follow his lead.