Stephen Malkmus and the Jicks – Wig Out at Jagbags 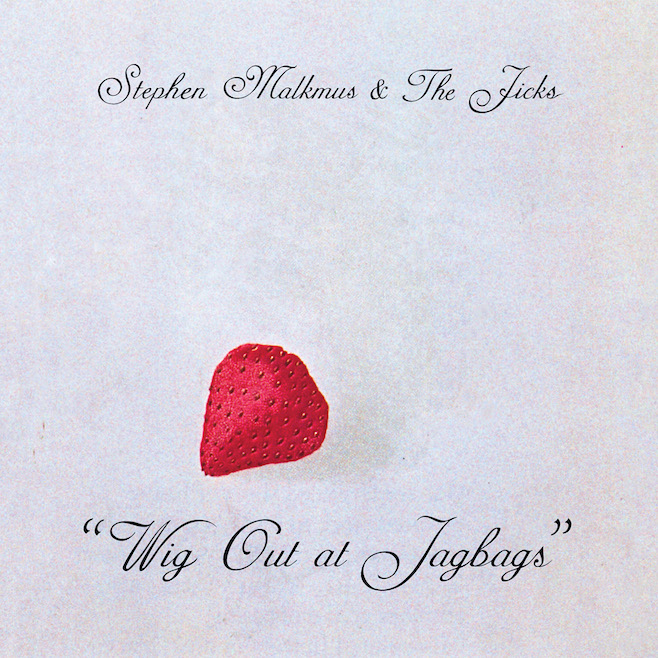 Simply because of their bandleader’s profile, there’s always a lot of straining to unpack every new Stephen Malkmus and the Jicks album. Despite their consistent commitment to delivering low stakes, yet masterful guitar rock songs for over a decade, you’d think Malkmus would eventually have some real thoughts on his reception to throw in somewhere among those winding, life-sponging lyrics. That’s not Stephen Malkmus. No, Malkmus hears your jargonized opinion of his band’s “new direction,” laced with “left turns,” and “dad rock,” and “lackadaisical,” and spares not one second to give a shit, not even to dismiss it, because you’ve just given him his new favorite lyric: “Dad and Daisy lack direction/ Turned left at rock’s intersection.”

Okay, so that particular lyric is pretty obviously fake, but this smirk off their new album Wig Out at Jagbags’ side B opener “Rumble at the Rainbo” is real: “Come and join us in this punk rock tomb/ Come slam dancing with some ancient dudes/ We are returning, returning to our roots!” You can practically see Malkmus feeding every overwrought description he’s heard about his last five albums into a phrase generator and blurting back the results. Later on the same song (which would be a reasonable fit on just about any Jicks album): “Come tonight and see/ No one here’s changed, and no one ever will.”

These are the lines that stand above the field on Wig Out at Jagbags, the latest dose of fun, pretty, melancholy, and romantic rock songs for grownups seeking their inner child through indie rock’s poster boy/man. Jagbags has the overarching feel of a party full of nostalgia-tripping friends reunited as adults who no longer have the energy nor desire for serious conversation — they’re just happy to be here. On the album’s second single, “Lariat”, Malkmus essentially proposes a toast: “We grew up listening to the music of the best decade evah/ Talkin’ ‘bout the ADDs!”

Like their previous outing, 2011’s Mirror Traffic, Jagbags doesn’t have a single extended jam on it. “Lariat” and its immediate successor, “Houston Hades”, provide the album’s first comforting back-to-back, the latter building around a lovely organ-anchored classic rock arrangement and an all-smiles “Tearin’ it away!” chant outro that gives it the feel of a side A closer. The actual side A closer, “J Smoov”, continues Mirror Traffic’s use of a low brass section for a slower, stumbling change of pace. But the award for the album’s giddiest ode to all things random goes to the penultimate track and lead single, “Cinnamon and Lesbians”, and if you had any lingering doubt about how seriously Malkmus is taking himself these days, maybe you haven’t seen the video.

“Independence Street” has another key line that winks extra hard: “I cannot compete on Independence Street.” Malkmus will never be able to remove the indie/slacker rock throne bestowed beneath him long ago, but he refuses to waste any time dwelling on what’s out of his control. All his consideration of identity has given way to the simple gratitude of still being able to write guitar licks and lyrics for Jicks songs after all these years. That’s his new throne, really: He’s more driven by a fascination of our constant need to draw lines and slap labels than a desire to identify with any of them. Wig Out at Jagbags is a reminder that as long as we’ll keep listening and guessing, he’ll just keep playing guitar solos and spitting our analytical words for him right back at us, adorned with a rhyme and stripped of all seriousness.