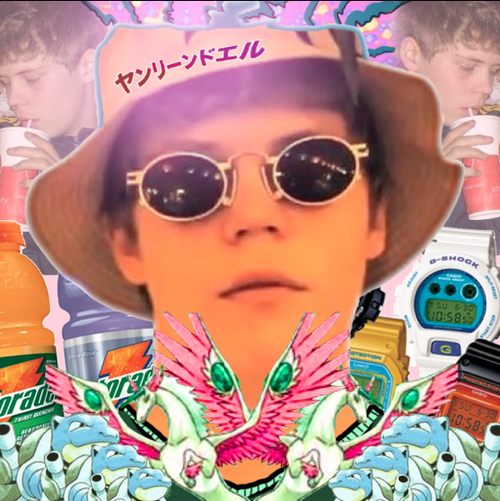 While the idea of Yung Lean, which is to say a 16-year-old Swedish bedroom rapper slinging rhymes about Arizona Iced Teas and glory holes, seemed almost too ridiculous to exist, the results were hard to argue. His debut mixtape, Unknown Death 2002, was a wildly entertaining and proficient effort (a real accomplishment for someone so young) that not only launched the Sad Boys microgenre but included our No. 44 song of the year, “Ginseng Strip 2002”. And for further proof that the whole Yung Lean model works, take a listen to his latest single, “King Of The Darkness”.

Without doing anything absurd like taking things too seriously, Lean’s crafted a tune that stabilizes his mass of influences into a more potent blend. The beat manages to combine cheesy vocoder and hokey synths with the rumble of drum machines for a less jokey take on trap. Lyrically, there’s less, um, inspired references to Zooey Deschanel and more instances of straight-up, totally relatable teen angst and uncertainty (albeit with a slight gangster rap sheen.) We won’t say he’s grown up, but it’s clear that this young gun from Stockholm’s Södermalm district is ready to make more noise into 2014 and beyond. Listen in below.