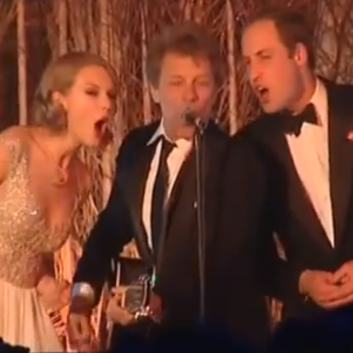 Apparently, this took place at a charity gala last night, which makes it no less easier to stomach than whatever Morrissey is eating for Thanksgiving. Watch and cringe below.