No, Ian Curtis Doesn’t Come with the Kitchen Table: A Lesson in Fandom 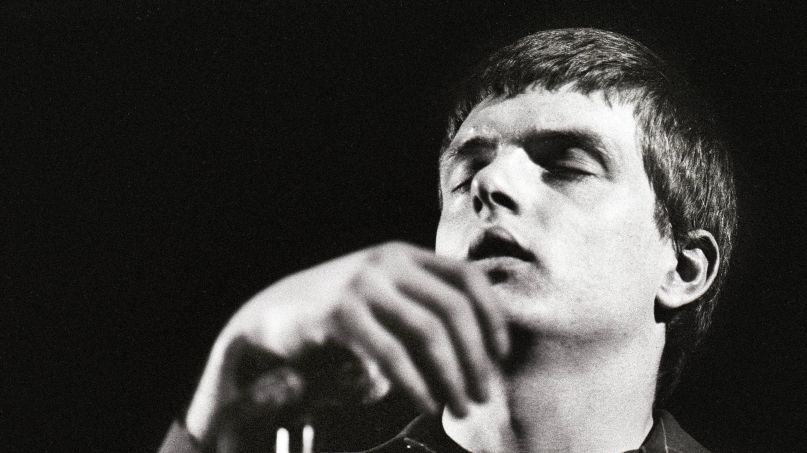 Music, Movies & Moods is a monthly, free-form column in which Editorial Director Matt Melis explores the cracks between where art and daily life meet. This article, originally published in 2013, also appeared in the 33 1/3 anthology How to Write About Music.

There are more, and stranger, ways than ever to try and feel close to the music we love. Look no further than recent headlines. For the same price as a liberal arts degree from a state university, the drum kit that ex-Guided by Voices drummer Kevin Fennell used on Bee Thousand can gather dust in your garage. Or, if your breakfast nook décor lacks a certain post-punk quality, you can pony up for a kitchen table that Joy Division’s Ian Curtis allegedly once owned. The latter would be worth it alone for the Facebook statuses and tweets:  Eating tuna fish tacos and paying cable bill at Ian Curtis’ kitchen table. Tempting.

But there’s no need to delve into the lifestyles of rich spendthrifts to find fans thinking the corporeal (e.g., a dead singer’s kitchen table) can somehow connect them to the numinous (e.g., whatever you may feel when, say, “Love Will Tear Us Apart” spins). We all have our own examples. Steve, whom I attended high school with, keeps a framed Nine Inch Nails t-shirt on a hallway wall in his home. The significance? It was the shirt he was wearing when Trent Reznor spit water all over him during a Fragile-era show. Naturally, it hasn’t been laundered since. Another friend, Andy, returned from a No Doubt show with a piece of yellow fabric that Gwen Stefani had torn from her tank top and tossed into the crowd (“to me!” he insisted). He pulled up to my house two weeks later with murder in his eyes and accused me of having stolen his precious. For the record, not guilty.

In fairness, I’m not without my own relics, but they’re far less creepy and possess no ostensible hold over me. One is a John Hiatt guitar pick, the other an autographed Jules Shear setlist. When Hiatt tossed the purple pick to me some years ago, I remember naively thinking, “This pick could’ve written ‘Slow Turning’ or ‘Cry Love’.” On the way home that night, I noticed the back of my souvenir had “www.Johnhiatt.com” printed on it. A word to the wise: no artist ever wrote a song that you love with a guitar pick that has his or her website address on it. The Hiatt pick currently resides at the bottom of a jar of pennies. The framed Shear setlist — scrawled in black Sharpie on the back of a MapQuest — probably sits in an unpacked box from my move to Chicago three years ago.

I can’t speak for top-dollar drum kits, or even Aquafina- and saliva-doused shirts, but my music-related keepsakes do little more than conjure fading memories of nights that hold little significance to me now. “Remember when…” rightly gets categorized as a poor brand of conversation, and memory falls within the same humble echelon when we’re trying to connect to precisely what floors us about the music we love. Shear puts it well enough in his song “If We Never Meet Again”, lamenting that “memories get old and flat like photographs.” And he’s right. Memories alone cannot sustain us, soon fade around the edges, and certainly don’t get us any closer to a song that, if only for a chord change or chorus, understands exactly what it feels like to be us.

Nor, I’m afraid, does actually meeting the artist — an avenue many of us head down even before we’ve exhausted all the peculiar, high-end possibilities on eBay. Songwriters, after all, can usually tell you (if they’re willing) their song’s origin and intention, but they’ll have no clue why some chords and words they happened to cobble together in their bedroom or touring van can drive you to despair or euphoria or sometimes both. At best these encounters are like speed dating (without the crutch of asking, “So, what do you do?”): you eye each other a bit, exchange banal pleasantries, notice imperfections (like moles or sweaty hands), and leave fairly certain you didn’t impress. At worst — and we’ve all done it — you fumble through an incoherent, borderline psychotic explanation of what the artist’s music means to you (tears optional), only to receive a polite, embarrassed shrug and “thanks.” Ennui or mortification are the only regular outcomes. Talk about being spoiled for choice, and you’re still no closer to the actual music.

Here’s a for instance. Mark Mulcahy, a singer whose songs have soundtracked both my adolescence and adulthood, played a show at the Hideout in Chicago this past July. Finally, I thought, a chance to get to the bottom of why a simple song like “Love’s the Only Thing That Shuts Me Up” leaves me speechless or how ambivalent lover’s portrait “The Rabbit” (incidentally, one of the best songs of 2013) seems to know something about me that it shouldn’t — like an eavesdropper. That was the agenda going in. What I actually came away with after meeting him was confirmation that he’s an affable New England chap and the scintillating observation, “I always thought he was taller than that.” Had the answers to all my questions leapt off Mulcahy in those 50 feet between the stage and the merchandise booth? Probably not. More likely they evaporated, as they normally do, with the final notes of an encore.

It’s understandable that we want to feel closer to our music. It’s so often what inspires us, consoles us, makes us appreciative, and, on a good many days, makes life tolerable. Nothing has ever been made worse by a good song, and how many things can you say that about? Late author and devout Humanist Kurt Vonnegut once wrote, “If I should die, God forbid, let this be my epitaph:  The only proof he ever needed for the existence of God was music.” It’s a perfect note to go out on.

So, somebody may drop a year’s salary on Kevin Fennell’s drum kit, and, to a degree, I can understand the silliness. Macabre as the prospect seems, I can even imagine Ian Curtis’ kitchen table sitting in my own kitchen. Of course, I’d be no closer to what really matters to me about Joy Division. Even if Curtis could actually join me for breakfast at that table, I know I would only babble on about the many known pleasures of Unknown Pleasures; then we’d probably just stare at our eggs in silence. No matter how much money we shell out for items like these, a much more intimate and meaningful relationship with the music we love can always be had through a 99-cent download and a $5 pair of earbuds. It’s nothing you can show off to your bros or eat breakfast at, but it’s the best bargain going.