Who Are the Most Evil Musicians of All Time? Round Two. 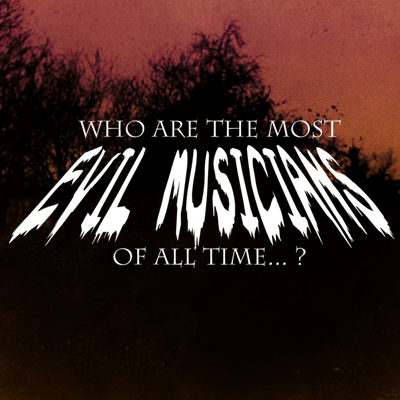 Last Thursday, we asked you to put on your hero cap, revealed a startling lineup of eight musicians, and simply asked, “Who’s the most evil?” You voted, we tallied, and now the quest most go on.

This week, the match ups bring you Courtney Love vs. GG Allin and Gary Glitter vs. Insane Clown Posse. Personally, we were a little more terrified from Glenn Frey and Don Henley than Violent J and Shaggy 2 Dope, but hey, we’ll stick to the data.

Once again, revisit our arguments for the remaining four names and simply click to vote. You’ll have another week to decide until the following final bracket goes down next Thursday. If everyone stays sane, the final victor begins its reign of terror on October 31st.

So, lock your doors (again), bolt your windows (again), and turn off the lights (again)… and then vote (again).