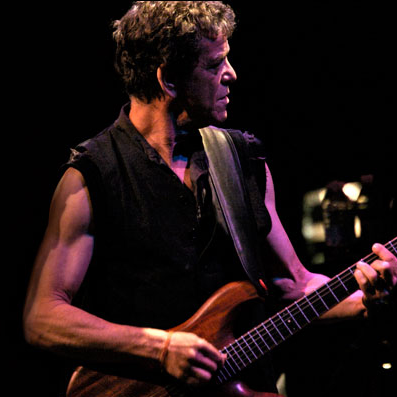 Lou Reed, the founder of Velvet Underground who later embarked on a successful solo career, has died, according to Rolling Stone. He was 71 years old.

Update: Reed’s physician, Dr. Charles Miller, told The New York Times that he died from liver disease. Reed received a liver transplant in May 2013 and had been receiving treatment up until a few days ago. When doctors told him his condition was no longer treatable, Reed returned home to New York City, where “he died peacefully, with his loved ones around him,” Miller added.

In the days following his surgery, Reed’s wife, Laurie Anderson, revealed the severity of his condition in an interview with The London Times. “It’s as serious as it gets. He was dying. You don’t get it for fun,” Anderson explained. “I don’t think he’ll ever totally recover from this, but he’ll certainly be back to doing [things] in a few months. He’s already working and doing t’ai chi. I’m very happy. It’s a new life for him.”

Reed was also hopeful about his recovery, writing in a statement: “I am a triumph of modern medicine, physics and chemistry. I am bigger and stronger than ever. My Chen Taiji and health regimen has served me well all of these years, thanks to Master Ren Guang-yi. I look forward to being on stage performing, and writing more songs to connect with your hearts and spirits and the universe well into the future.”

Born in Brooklyn, New York in March 1942, Reed is an iconic figure in modern music history. His earliest efforts as a songwriter came crafting songs for Pickwick Records in the early ’60s, but by finding the balance between noisy discord and melody with the Velvet Underground, he perhaps did more than any other artist to lay the groundwork for genres ranging from glam, punk, garage rock, metal, and alternative rock.

1970’s Loaded proved to be the Velvets’ swan song, but the band left behind classics “Sweet Jane” and “Who Loves The Sun” before splintering. Shortly following, Reed embarked on a successful solo career, starting with 1972’s Lou Reed and Transformer, 1973’s Berlin, and 1975’s Metal Machine Music.

The following decade found Reed streamlining his sound without compromising his artistic ambition, as 1982’s The Blue Mask and 1989’s New York remain some of his most commercially successful work to date. From there, he continued his various projects with Anderson, in addition to one-offs with everyone from The Smithereens to Bruce Hornsby to Gorillaz. His final release, however, was 2011’s polarizing collaboration with Metallica, Lulu.

Watch video from throughout Reed’s career: