Listen: Tristen’s call to social arms on “House of War” 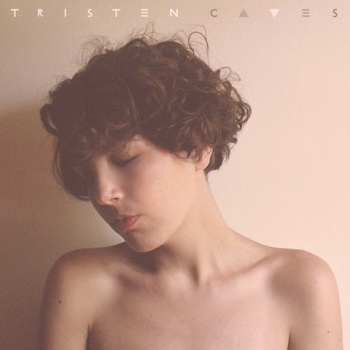 Tristen isn’t the typical image of a Nashville pop singer, even though the Chicago-transplant has been calling Music City her home for the last six years. While she pays reverence to local legends like Dolly Parton and Blonde on Blonde-era Bob Dylan, she also cites Eurythmics, David Bowie, and Madonna as influences. It’s with that aural amalgamation that Tristen – with help from her Kickstarter supporters – set out to create CAVES, her sophomore album due October 15th on her own PUPsnake Records (via ThirtyTigers).

“At first I wanted to make a dance record,” Tristen says in a press release. “I wanted to challenge the acoustic reverence of the Americana music world and I wanted to piss off the old folkies. Is there something wrong with that?” With that mentality, she set out mixing synth with strings, electronic drums with live kits to produce her truly unique brand of Nashville pop. To help bring the sound together, she tapped Nashville locals like her guitarist husband Buddy Hughen, Ben Folds’ drummer Sam Smith, and Bright Eyes producer Mike Mogis to bow the strings. For the coup de gras, pioneering producer Stephen Hague (OMD, New Order, Pet Shop Boys) was brought aboard to mix the thing.

On the album cut, “House of War”, listeners are treated to a little of everything. Mogis’ churning and hopeful presentation of the string arrangements are at the forefront for much of the track, as are the dance-floor snaps of the drums. Tristen’s affection for mid-era Madonna is clear, from the dramatic instrumentation to her stern, cooing delivery of lines like “And we are warriors / I want to fight this battle / We are warriors / I want to know what for.” As much as the musicality sounds atypical for a Heartland songwriter, so does the lyrical theme of, as the artists herself puts it, “being a terrible American.” Unapologetically, this is Tristen is being everything she’s set out to be.